New York, NY, January 16, 2020 — The humanitarian situation in northwest Syria is reaching catastrophic levels, and with the attacks yesterday on a marketplace and an industrial zone that reportedly killed at least 15 people, and warnings to civilians in central Idlib and Western Aleppo to evacuate the area, 650,000 people could be impacted and at risk of displacement.

International Rescue Committee Middle East Policy Director, Misty Buswell, said, “The situation in northwest Syria was already at breaking point, and the events of the last few days mark a dangerous and deadly turning point in the conflict. An additional 650,000 people, the majority of them women and children, could be forced to flee their homes if the violence continues. This is on top of nearly 350,000 in Idlib who have been displaced since December, bringing the total number who have fled in the last 9 months to nearly three-quarters of a million.

Many of the displaced people are living in tents in the open in freezing winter conditions and urgently need shelter and food, with the ongoing risk of flooding further compounding the misery. Ahmad, a displaced person in Idlib, told the IRC that he lost his home to an airstrike and he and his family have been forced to flee three times in the past six months. The conflict has taken a psychological toll on his children, the youngest of whom was only 4 meters from the house when it was hit. An IRC assessment in Idlib last year found that half of parents reported their children showing signs of severe emotional distress, and the current violence will add to the psychological terror they are experiencing.

Hospitals and health facilities in Idlib were already full, and medical supplies stretched, even before this wave of violence. Doctors have told the IRC that they are seeing a worrying increase in malnutrition cases, particularly among babies, due to displacement, poor food security and increased poverty as a result of the conflict. Increasing insecurity has forced the suspension of three IRC supported health facilities in central Idlib since December, further limiting the lifesaving response, and an IRC partner in Western Aleppo had to stop its protection programs for women and girls yesterday, leaving the most vulnerable without essential protection services. Since the end of April, 1,460 civilians, including 417 children, have been killed as a result of the military escalation, according to the UN.

Yet again, it is innocent women and children who are bearing the brunt of the conflict, and who will suffer the most if this violence escalates further. All parties to the conflict need to abide by their obligations under international humanitarian law and spare civilians from the worst effects of the fighting. It is critical for the ceasefire that was agreed in northwest Syria to be implemented fully and without further delay. And it is time, once and for all, for the parties to the conflict to come back to the negotiating table and find a peaceful resolution. The very lives of 3 million civilians in northwest Syria depend on it.”

Libya: Tens of thousands of children at risk amidst violence and chaos of unrelenting conflict

PNGO Press Release on the Latest Development in The Gaza Strip

US-Iran tension threatens lifeline to millions across the Middle East 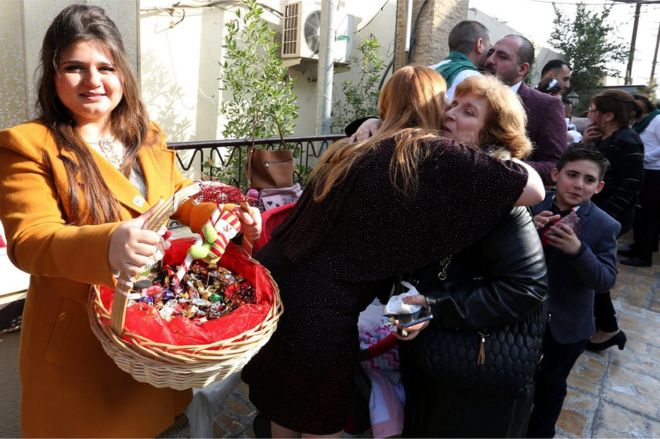 Christmas Day around the world in pictures