LUCKNOW/AGRA: The nine-hour hostage crisis at a village in UPs Farrukhabad district finally came to an end hours after midnight after crack commandos of the UP police stormed into the house of a murder convict, who had held 23 children captive since Thursday afternoon. Hostage-taker Subhash Batham was shot dead by the police and all 22 children were rescued. One girl held hostage was earlier released.
A huge cache of arms and ammunition was also seized from his house godown where he had held the children hostage. The operation was spearheaded by IG, Kanpur Range, Mohit Agarwal, with support from the quick response team, special operation group and Anti-Terrorism Squad of the UP police. During the hostage crisis, Subhash hurled a crude bomb and fired shots from a country-made pistol at villagers and police personnel, injuring three of them.
He even threw out a letter of demands for the district magistrate, in which, he accused state officials of not providing his family with a house under the Pradhan Mantri Awas Yojana or even a toilet under the Swachh Mission.
The incident took place in Kathariya village under Mohammadabad police jurisdiction, where Subhash invited children to his house for a party and then locked them in. According to locals, Subhash appeared to be heavily drunk. He was accused in four criminal cases other than a murder case in which he was convicted and given a life term. NSG commandos were kept on standby. Read More – Source 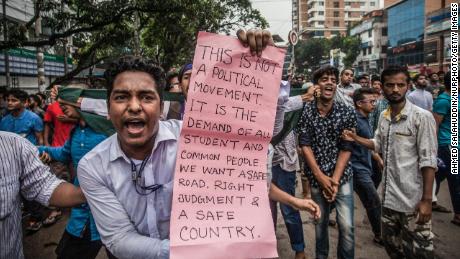