NEW DELHI: A man on Saturday fired two rounds in air in the Shaheen Bagh area in Jamia Nagar, where an anti-CAA protest is on, following which he was taken into custody by police, eyewitnesses said.
No one was injured in the incident which occurred at around 5 pm. This is the second time this week that an armed man has entered the site where the protest against the Citizenship (Amendment) Act has been going on since over a month.
According to eyewitnesses, the man, who identified himself as Kapil Gujjar, opened fire close to the police barricades, nearly 250 metres behind the stage. He was overpowered by police personnel and taken into custody.

#WATCH Delhi: Man who had fired bullets in Shaheen Bagh area being taken away from the spot by police. https://t.co/lenDhRcWGD

"The accused fired in air near police barricades. He was overpowered by police personnel and taken into custody. Further investigation is on," said Chinmoy Biswal, Deputy Commissioner of Police (southeast) said.
"Only Hindus will get to call the shots in our country and nobody else (Hamare desh mein sirf Hinduon ki chalegi. Aur kisi ki nahi chalegi)," the man shouted while he was being taken into custody.
Abu Ala Suhani, a publisher and resident of Shaheen Bagh said, "The man appeaRead More – Source 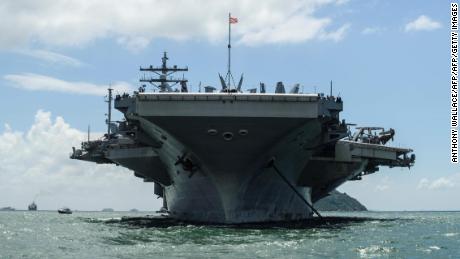 US general to China: We know how to take islands

Another PDP neta booked under PSA