SRINAGAR: The second batch of foreign envoys visited J&K for a first-hand assessment of the situation in the Union territory six months after the nullification of Article 370.
The envoys of over 20 countries, who are on a two-day visit, arrived at the Srinagar airport at around 11 am but could not visit Baramulla town in north Kashmir as per the schedule due to inclement weather, officials said.
They said the envoys, who are staying at a hotel along the Boulevard Road here, instead went for a Shikara ride in the famous Dal Lake.
Those who will be part of the delegation include envoys from the European Union, South America and the Gulf countries, the officials said.
"Upon our arrival, we enjoyed a #Shikara ride on Dal Lake in Srinagar, Kashmir. Beautiful lake and hospitable people. I bought a beautiful Kashmiri ring from a boat serving as a shop. @MEAIndia," Afghanistan's envoy to India Tahir Qadri tweeted.
Reacting to the visit of envoys, Iltija Mufti, the daughter of incarcerated PDP president Mehbooba Mufti, said she hoped that the ambassadors will question the authorities about the internet ban and and detention of political leaders under the Public Safety Act.
"Hope you & @EU_in_India question GOI about internet ban since 5th August & economic losses suffered. GOI muzzling local media in Kashmir, release of detainees inc 3 ex CMs slapped with draconian PSA, troop deployment to create fear amongst people. Normalcy's an illusion," she tweeted.
A visiting envoy told reporters that he was in Kashmir "as a tourist".
This is second group of envoys to visit the newly created union territory following abrogation of article 370 provisions on August 5 last year.
The aim of the envoys' visit to the union terrRead More – Source 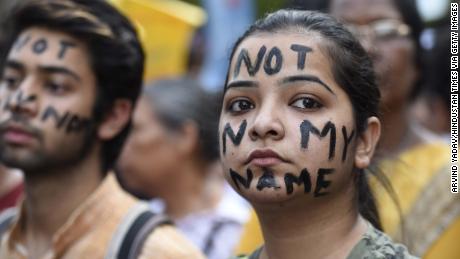 Incidents are latest in a series of brutal crimes in India