BANGKOK: The risk of extreme future flooding events in major Vietnamese metropolis Ho Chi Minh City could increase by up to 10 times by 2050, resulting in immense economic and infrastructural damage, according to a new study by an international consulting firm.

Without a concentrated effort to mitigate the worsening impacts of sea-level rise brought about by climate change and to improve urban planning, the city faces billions of dollars of damage on an annual basis, with freak events potentially devastating vast urban areas.

The report by McKinsey Global Institute provides a snapshot of flooding in the fast-expanding city by analysing hydrological simulations, land use maps, infrastructure databases and damage curves. The future, without action, will become increasingly difficult to manage, it concludes.

As time passes and Ho Chi Minh City grows at a rapid pace, the impacts will increase exponentially. A flood with the same probability as today in 30 years time will cause triple the amount of infrastructure damage and 20 times the knock-on effects.

With electricity demands to triple from 2015 to 2030, a surge in development means new infrastructure will face a more tenuous lifespan.

If climate change was not mitigated and sea level rises hit 180cm by the end of the century – as forecast under a worst-case scenario – a once in a century flood would inundate two-thirds of the entire city.

In this extreme scenario, the city centre would become an island. Major power stations, ports and half of all roads would be damaged.

Also, the metro would likely be shut down with 60 per cent of the stations inaccessible and real estate damage could top US$18 billion. Water supplies and electricity could be cut off, with the city effectively shut down for a month or more.

READ: The fight to save Bangkok from sinking into watery depths

While Ho Chi Minh Citys prospects seem very bleak with such forecasts, the study's chief researcher told CNA that the intention is not to paint an alarming picture.

“The goal of this research is not to be alarmist, but rather give stakeholders a way to understand physical risk and its socioeconomic impacts and identify a set of actions to manage the risk,” said Mekala Krishnan a senior fellow at McKinsey Global Institute.

“Ho Chi Minh City is still relatively early in its infrastructure journey and has many options at its disposal to continue its impressive growth trajectory, while reducing climate impacts,” she added.

FLOODING "MOSTLY A MAN-MADE PROBLEM" IN THE CITY

Ho Chi Minh City has an intrinsic relationship with water. Access to rivers, canals and the sea helped transform a strategically located village into the economic powerhouse of one of the worlds fastest growing economies.

Flooding, storm surges and monsoon rains are common features on the citys calendar and for generations, its population has learnt to live with the disruptions that come with these events. More than 40 per cent of the city is less than one metre above sea level.

But the original ingenuity of planning around nature has succumbed to expansive development. Domestic migration to urban areas has soared and lower-income populations have been pushed to areas with higher flood risk.

“As the city expanded, we started to fill up floodplains for human settlement and disrupted natural drainage systems, then the flood came. Until now, flooding is mostly a man-made problem in the city,” said Dzung Do Nguyen, the founder and group managing director of urban planning consultancy firm, enCity.

“The constant level of development is quickly taking over any remaining drainable land and covering it with concrete. It is relentless,” said Melissa Merryweather, the director of Green Consult-Asia, a Vietnam-based consulting service focused on the green building market.

“A lack of future vision means that flooding gets out of control, and then the sewers are expanded as a response. At the same time, there has been a gradual erosion of green areas in the city and no new green areas have been introduced in decades.”

Climate change will make the citys existing problems worse. Local rainfall is forecast to become more intense as regional sea levels rise. McKinseys researchers say they have been conservative with their estimates of increasing precipitation and how common extreme rain events might be in the coming decades.

Vietnam has been slow to adapt to climate change. Its economy is highly reliant on fossil fuels and coal production is set to increase over the next decade.

Its Paris Agreement target is an unconditional 8 per cent reduction of greenhouse emissions on business as usual levels by 2030 – a pledge considered critically insufficient by Climate Action Tracker, an independent consortium that tracks government action on climate.

“Estimates on climate changes impact are based on one unlikely scenario: we do nothing. So they are helpful for the government to decide how much they should invest into solutions,” said Dzung, the urban planning consultant.

“We need to be aware that unlike other natural disasters, climate change is a long process – long enough to allow government, society and the environment adapt to its conditions. Policy change in Vietnam is usually not explicit but implicit and subtle.”

Centre issues advisory to hospitals on checking cross-infection among medics

Why Olympic uniform design is so political 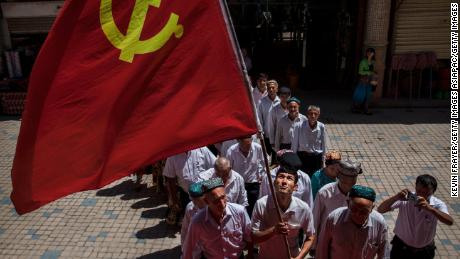 Puerto Ricans sleep outside, wait for power after ‘devastating’ quake