If all goes to plan, the UAE's Mars Hope Probe (or "Al Amal" in Arabic) will blast off this summer, reaching the Red Planet in February 2021.Not only will the arrival of the 1,350-kilogram probe coincide with celebrations for the 50th anniversary of the establishment of the UAE, but it will also mark the first time the country orbits Mars. Hope's scientists, from Dubai's Mohammed Bin Rashid Space Center (MBRSC), plan to send the craft into space at the same time as NASA's Perseverance Rover and China's first Mars mission, Tianwen 1. They are aiming to launch during the biennial window, when Earth and Mars are closest together, starting in July 2020 and going into early August.Although the coronavirus pandemic has forced the Emirates Mars Mission (EMM) team to adjust plans, it says it is still on track to launch on schedule.

"When Covid-19 came into the equation, it definitely took the complexity to a different level," says Omran Sharaf, EMM Mission Lead. Hope was shipped to Japan three weeks earlier than planned, while a team was sent two weeks prior, allowing them time to quarantine, he says. However, this shouldn't impact the launch of the mission, he adds. "Are were ready to launch? We're almost there," Sharaf says. "We continue testing until the last minute." To help build the spacecraft, the EMM team partnered with a team in the US, at the University of Colorado Boulder's Laboratory for Atmospheric and Space Physics. According to MBRSC, Hope will travel some 493 million kilometers, and star trackers will help position the autonomous craft into orbit. Across a distance so vast, and with so many factors outside of the team's control, Sharaf acknowledges there is a risk of failure. Read more: Evidence of ancient rivers spotted on Mars, study says"Mars is risky and Mars is difficult," he says. "The mission was five times more complex than missions we have worked on before." Probes have been sent to Mars from Earth since the late 20th century. Recent missions include NASA's Curiosity rover, which has been snapping photographs of the Red Planet since it landed in 2012. 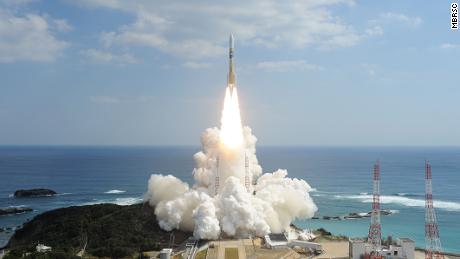 The Hope Probe is one of several space projects Dubai's MBRSC has been working on in recent years, including the launch of two satellites, sending the first Emirati into space and the ambitious goal to build a human settlement on Mars by 2117.

To find a novel science objective for Hope's upcoming mission, EMM scientists consulted the Mars Exploration Program Analysis Group (MEPAG), a forum created by NASA to plan explorations of Mars.EMM's Science Lead, Sarah Al Amiri, says the team settled on the goal of building the first full picture of Mars' climate throughout the Martian year, because there is a gap in data and understanding."There hasn't been a mission before that has taken full data sets about the Mars weather system … throughout an entire day and at all times of day," she explains.Studying its weather system, including changes in the atmosphere and climate, could help lead to an understanding of how Mars — a planet that used to share characteristics with Earth — went from having rivers and lakes to having no water on its surface, she says."One of the reasons that Mars evolved to the state that it is in is atmospheric loss, and that's also one of the reasons why liquid water can't be stable on the surface," says Al Amiri. "To us, water is the source of life and it's a bit of a worry that there is a planet out there in our solar system and that its climate or atmosphere startRead More – Source