NEW DELHI: With the passing of Jaswant Singh, one more light has been switched off at the Camelot that revolutionised Indias engagement with the world at the turn of the millennium. The reference is to the team then PM Atal Bihari Vajpayee put together between 1998 and 2004. Jaswant has gone, eight years after Brajesh Mishra died — almost to the day— and two years after the PM they served. With them, they have taken many secrets and confidences, and left a splendid legacy.
Jaswant was born to an aristocratic family that was a feudatory of the maharaja of Jodhpur. On leaving Mayo College, Ajmer, he followed in his fathers footsteps and joined the Army. He was part of the mobilisation in Assam during the Chinese war of 1962. The humiliation of the moment had a deep impact on him. It pushed him to leave the Army early and carve out a political career. Years later, mandated to mend fences with an adversary he had once confronted, he spoke and wrote movingly of the irony.
Jaswant was a most singular politician. On arriving in Chittorgarh in the midst of an election in the late 1990s, a senior BJP functionary found candidate Singh engrossed in a book. Asked why he wasnt in the thick of campaigning, the Major looked up and explained something on the lines of “the troops have been deployed” and went back to reading. It was a trademark Jaswant response, the sort that left interlocutors befuddled.
This quality was to serve him well when, as Vajpayees envoy and then foreign minister, he negotiated with US deputy secretary of state Strobe Talbott.
India had just conducted the Pokhran II nuclear tests and it was Jaswants job to stave off pressure to sign the CTBT. In his 2006 memoir A Call to Honour — the title borrowed from a book by Charles de Gaulle, among his role models — Jaswant recounted a story. Talking to Talbott, he was accused of “cherry-picking and a selectivity of approach”. His answer was almost Vedantic, “What does it matter Strobe, all cherries have to ripen and be picked, or rot on the branch or, perhaps, on the ground, some now, others later.” No doubt “my friend Strobe” was speechless.
A conversation with Jaswant was never just a conversation. “We are still coming to terms,” he once said, “with the consequences of the dissolution of empires after the World War.” Did he mean the British empire and World War II, I helpfully asked. The scorn was withering: “My reference, young man, is to the dissolution of the Austro-Hungarian and Ottoman empires after World War I.”
Such wordplay was vintage Jaswant. It was not all there was to him though. He had that unusual, intangible quality, that sense of India, of its grandeur and its manifest destiny. He could never live down that cold winter eveniRead More – Source 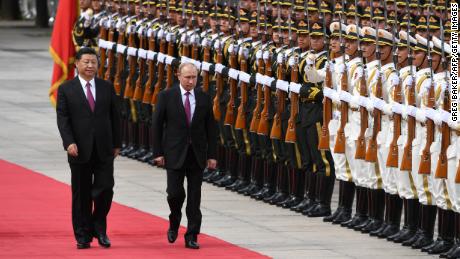