NEW DELHI: The Supreme Court on Tuesday dismissed a plea of the Chhattisgarh government against the refusal for examining of additional witnesses by the Judicial Commission set up to probe the 2013 Jheeram Ghati naxal attack in which 29 people, including leaders of state Congress, were killed.
A bench headed by Justice Ashok Bhushan observed that the state government may have extended the tenure of the commission but the panel has closed the proceedings.
"You wanted the expert witness to be examined but commission did not agree. You may have extended commission's tenure but it has closed the proceedings," the bench, also comprising justices R S Reddy and M R Shah, said.
The state government had challenged the orders of the Chhattisgarh high court dismissing its plea seeking direction to the Special Judicial Enquiry Commission to examine the additional witnesses in the case.
On May 25, 2013, naxals had attacked a coRead More – Source 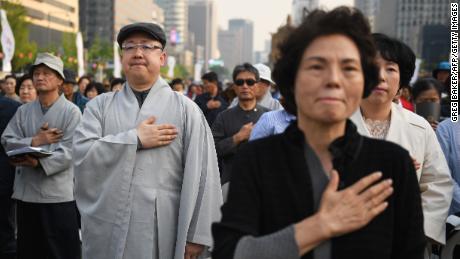 South and North Korea want a peace treaty. What happens if the US doesn’t?