The boss of Fortnum and Mason says the Brexit vote has damaged the UK's brand.

Ewan Venters told the BBC the store was suffering European staff shortages due to the vote with 16 of its 80 chef positions currently unfilled.

He said Brexit had made European workers worry about their welcome and the lower pound had made working in the UK less profitable for them.

He acknowledged the pound's fall following the vote had prompted a surge in visitors, particularly US ones.

His comments came as Fortnum and Mason announced sales up 14% to a record £113m in the year to July, the fifth year of double digit rises. Profits were also a record £7.6m.

The company is, perhaps, most famous for its hampers, and sales of these are expected to be up 15% on last year.

Fortnums' flagship pale green painted store has been on London's Piccadilly since the 1700s.

It credits itself with the invention of the scotch egg. A more recent innovation is the curing of smoked salmon on the roof of the Piccadilly store.

Despite these bold steps, it is seen as a bastion of tradition, partly through its long association with the Royal family. It holds two warrants, to supply the Queen and, separately, the Prince of Wales.

Mr Venters is expecting to see a boost to trade and visitors in general when the Royal family formally accepts Meghan Markle as its newest member at the Royal wedding next year.

He says there are already hotel rooms being booked, but he himself was not rushing to put up the bunting in his own stores.

He said Fortnums would not be stocking up with commemorative products such as tea towels and mugs.

He told the BBC: "We typically don't do commemorative products around birthdays and engagements, despite being, of course, the royal grocer."

US refuses to recognize China as market economy 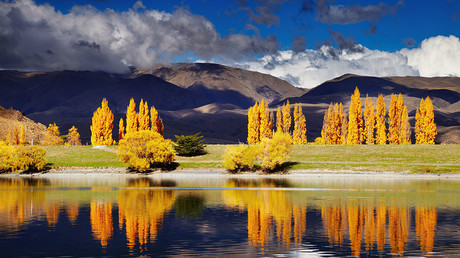