Political Economy is a column about the intersection of economics, finance and politics across Europe.

PARIS — A European institution that hasn’t been used much for three years has become a showcase of the political hypocrisies surrounding talks to reform the eurozone.

The bloc’s bailout fund — the European Stability Mechanism — is at the center of the debate on the monetary union’s future between France and Germany, but also among German political parties.

What’s at stake is the role of the ESM in a strengthened eurozone in the near future. What complicates the debate is the fact that none of the main players seems ready to defend what they truly think and are aiming for.

Germany wants a stronger ESM but pretends not to see that this would imply increased resources that might amount to the “fiscal transfers” it loathes. France feigns finding the idea interesting and worth debating but intends to make sure the ESM remains as toothless as possible. And German political parties are using the ESM as another punching bag in their coalition talks. 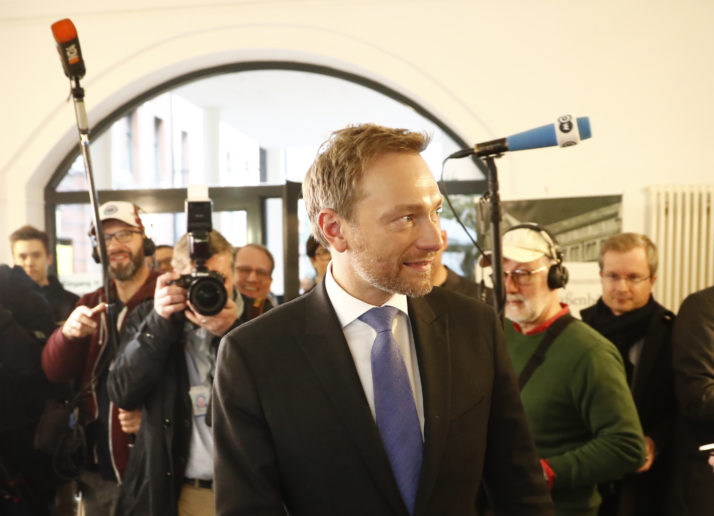 As if that wasn’t enough, a quiet turf war has begun between the European Commission and the ESM, with the former unhappy about proposals to transfer some of its powers to a beefed-up bailout fund.

Extending the powers of the ESM is not what French President Emmanuel Macron had in mind when he thought up grand plans to reform Europe.

When former German Finance Minister Wolfgang Schäuble suggested it after Macron was elected in May, the reactions in Paris ranged from circumspection to outright opposition in some quarters of the Treasury.

In a nutshell, Schäuble wanted the ESM, which he suggests transforming into a true “European Monetary Fund,” to be both the eurozone’s sword and shield in times of severe financial crisis.

An EMF would administer bailouts conditioned on strict fiscal policies, as it does now. But it would also have a strong crisis-prevention role — monitoring member countries’ economic policies and their adherence to the fiscal-discipline rules decided at the launch of the euro and amended during the euro crisis.

French government officials were unimpressed and at first pretended they hadn’t heard. The fear in Paris was — and still is — that Schäuble’s proposal, if implemented to the letter, would entrust a bureaucratic body with major political decisions that the French feel should be best left to the Commission, or the European Council.

But Macron decided to engage Germany on the matter even after his finance minister, Bruno Le Maire, opined that the Schäuble plan would create “more instability than stability,” just to secure his chance to put his own ideas on the table. These include the much talked-about eurozone common budget, to be managed by a eurozone finance minister.

Experts also point out that a future EMF modeled on the International Monetary Fund as Schäuble emphasized in his “non-paper” must be able to deal with external financial shocks not necessarily related to bad policies of eurozone countries. Like the IMF, it would also have to be plugged into central bank financing.

Needless to say, no one in Berlin is eager to see the European Central Bank provide any form of financing to the mooted EMF.

The bailout fund is also a lightning rod within Germany — and this has little to do with the French.

Christian Lindner, the leader of the liberal FDP party who walked out of coalition talks last week, proposed during Germany’s general election campaign to simply close down the ESM. It was seen as a vehicle for funneling German taxpayer money to spendthrift countries from the south.

That theme, noted Christian Odendahl, chief economist at the London-based Centre for European Reform, resonates with the German electorate. “There is no macroeconomic narrative in Germany about the euro crisis,” he said. “It’s all about Germany having to pay for others.”

Lindner toned down the rhetoric in recent weeks, acknowledging that he couldn’t dictate policy on everything with only 11 percent of the votes. He seemed happy to let the ESM go on as it is.

The question of whether the ESM is an instrument for dreaded transfers is moot for now.

But the insistence of Chancellor Angela Merkel’s CDU on expanding the institution’s powers seemed to have irked him. In the longer term, the ESM could also be asked to provide a credit line to a yet-to-be-created European insurance scheme to guarantee bank deposits if its resources prove to be insufficient.

In any case, the question of whether the ESM is an instrument for dreaded transfers is moot for now. Its decisions must be taken unanimously, and Germany so far hasn’t suggested that this should change. So if transfers are to be allowed, it could only happen with Berlin’s approval.

Germany’s Social Democrats (SPD) now seem to be making an agreement on how to handle eurozone reform a precondition for forming a new government with the CDU. But a serious remaking of the bloc has little chance of seeing the light of day if the Germans equivocate, the French obfuscate, and political parties continue to play to the gallery.

Pierre Briançon is chief economics correspondent in Europe for POLITICO.

With Few Words, But Many Movies, Alan Ladd Jr. Finally Speaks In His Daughter’s Doc

Elon Musks fall should bring our stratospheric expectations down to earth