Peter Schiff was among the few economists who correctly predicted the financial crisis in 2008. Ten years later, he sees another crisis emerging: a crisis that can crash the stock market and wipe out the US dollar.

“I predicted a lot more than just the stock market going down back then. I predicted the financial crisis, but more importantly, I predicted what the government would do as a result of the financial crisis and what the consequences of that would be because that’s where we’re headed. The real crash I wrote about in my most recent book is still coming,” Schiff said in an article posted by Greg Hunter's USAWatchdog.com and quoted by ZeroHedge.

According to Schiff, the US Fed has inflated a gigantic bubble, which is impossible to pop, but when it bursts, the consequences would be very painful for the economy and much bigger than the 2008 meltdown.

“I think this bubble is too big to pop. I think it’s the mother of all bubbles, and when it bursts, there is not a bigger one that the Fed is going to be able to inflate to mask these problems, meaning we can’t kick the can down the road anymore. This time, the crisis is going to hit everyone in the wallet,” he said.

He compared the $20 trillion US debt to a camel loaded with straws.

“How many straws can you put on a camel’s back? You don’t know until you put that final straw that’s one too many and you break his back. So, can we go to $25 trillion in debt? Maybe. At some point, we are going to break the back of the camel with all this debt. Then we are going to find out how much debt we can pile on, and it’s not going to be pretty,” Schiff said. 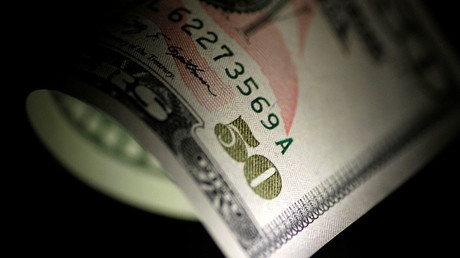 “They can’t keep doing it, and it will end. It’s just like how much debt can we take on. It’s not an unlimited amount. We will know when we get there. How long can they keep the price of gold suppressed? We will know when we get there. At some point, the price is going to explode because there is real physical buying, and all that paper selling can’t camouflage that,” said the money manager.

According to Schiff, gold is the real alternative to fiat money, and people are starting to doubt they can really trust central banks.

“People don’t trust fiat currencies…More and more people are looking for alternatives, and the real alternative is gold. When they embrace it, it’s going to overwhelm the central banks’ ability to suppress the price. In the meantime, enjoy the gift that they are giving,” he said.

Wall Street may be backpedaling on impending launch of bitcoin futures