BUDAPEST — The massive independence day march that took place in Warsaw earlier this month left even the harshest critics of Poland’s right-wing government speechless. How could Jarosław Kaczyński, Poland’s de facto leader, let the “evil genie” of neo-Nazism and hateful nationalism “out of the bottle”?

Other policies pushed forward by the ruling Law and Justice party (PiS) have incited a similar mix of outrage and bewilderment. Why does Kaczyński not appear to worry that the judiciary he captured may one day be used against his own party? Is he not afraid that antagonizing Germany, a key NATO and EU ally, may eventually help Russian President Vladimir Putin? Is he not uneasy about increasing Poland’s economic vulnerability by lowering the retirement age and introducing massive new welfare spending?

Unfortunately, Kaczyński’s aggressive short-termism is perfectly rational — if he intends to do away with Poland’s democracy altogether.

The Orwellian zeal with which PiS-installed officials are exercising their power over a host of previously independent institutions presents a disturbing picture of the state that Kaczyński is building. It is the picture of an aspiring autocrat moving fast to make the most of a short window of opportunity in which political and economic circumstances are lined up in his favor.

The ruling party seems dead set on building a state apparatus willing to do whatever it takes to protect the regime.

Take the Constitutional Tribunal, Kaczyński’s first target. Recently, two PiS judges refused to recuse themselves from the panel that decided on the legality of their own appointment. One of them actually delivered the court’s opinion.

In the PiS-captured public TV, journalists likewise seem to see no limits to pro-government sycophancy and vicious attacks on the opposition. The public broadcaster’s tone is eerily reminiscent of communist propaganda, giving even some right-wing commentators pause. The station, supposed to be Poland’s BBC, has sported headlines such as “PiS defends Poland against attacks by the opposition,” “Opposition supports Poland’s enemy,” or “Soros net entangles the EU.”

Poland’s law enforcement is also playing it loose. During the independence day march, the police not only failed to react to neo-Nazi banners and chants, which are illegal in Poland; it actively shielded ultra-nationalists and detained non-violent anti-fascists. Two days earlier, people protesting the logging of a protected forest in Eastern Poland, which continues despite a ban from EU’s top court, were not only arrested but also subjected to shockingly intrusive physical searches.

The ruling party seems dead set on building a state apparatus willing to do whatever it takes to protect the regime. And it can do so in large part because of its popularity, which exceeds 45 percent in recent opinion polls.

There are a number of theories as to why Poles continue to support PiS in such large numbers. People are grateful for new welfare programs. Playing on racial biases is easy in an ethnically homogenous society. The opposition is divided, and its leaders lack charisma.

But that is only part of the story. Poland’s economy is growing swiftly — about 4 percent a year. Unemployment at its lowest level in 25 years. This is mostly due to global trends, which benefit Poland because of the country’s proximity to key Western markets. But while the average salary in Poland is growing, it is still more than three times lower than in neighboring Germany.

Another reason the party does well in the polls is that its populist approach — playing up nationalism and anti-EU feeling — has not yet been met with any obvious negative repercussions.

Nearly two years after PiS’s blatant takeover of the Constitutional Tribunal, the prospect of even symbolic EU sanctions remains dim. Indeed, PiS has good reasons to claim that Poland’s international position remains strong. In 2016, NATO went ahead with a major summit in Warsaw. A year later, Donald Trump chose Poland for an important foreign policy address.

Under such conditions, even the most charismatic opposition leader would have trouble explaining why exactly is PiS a bad choice for the country.

To be sure, these sources of PiS’s strength will eventually dissipate. The global economy will not be bullish forever. Poland will likely suffer some form of painful payback from its Western partners in the 2021-2027 EU budget. Donald Trump will eventually be succeeded by a more mainstream president.

Today’s tragic crisis in Venezuela demonstrates that an authoritarian regime consolidated in “fat” years can use brute force to withstand even serious economic reckoning.

And yet, the government doesn’t appear overly concerned. Mateusz Morawiecki, a former banker leading PiS’s economic team, talks a lot about sustainable, innovation-driven growth. But in practice, he has focused almost exclusively on raising tax revenue.

A few pet projects, such as a €8-billion mega-airport west of Warsaw and a €7-billion north-south highway through Poland’s most pro-PiS eastern regions, are hardly the catalysts of a knowledge economy. They can, however, act as additional short-term demand stimuli and offer multiple enrichment opportunities to people close to the ruling party.

Other PiS policies openly undermine longer-term ambitions. The massive education reform hastily launched in September upended the school system that ranked highly among OECD countries. The reform did not build on Poland’s excellence in STEM education or improve the creative and problem-solving skills of the country’s students. Instead, it boosted training in nationalistic history and “patriotic” education. 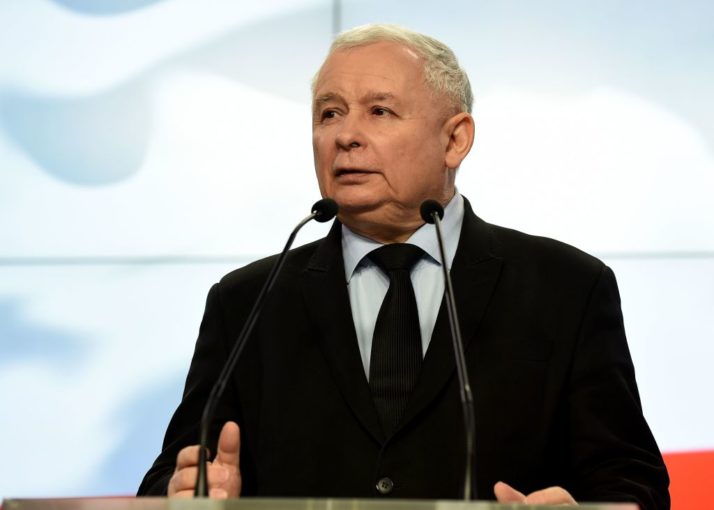 Today’s tragic crisis in Venezuela or last year’s economic slowdown in Turkey (which Kaczyński has explicitly identified as his model state) demonstrate that an authoritarian regime consolidated in “fat” years can use brute force to withstand even serious economic reckoning.

If, in a decade, such a scenario materializes in Poland, the EU may finally lose its patience. But, by that time — with Polish citizens at mercy of PiS-controlled law enforcement and judiciary, nationalist extremists “owning” the streets and people brainwashed with anti-Western propaganda — Kaczyński may hardly need EU membership to maintain his grip on power.

Maciej Kisilowski is associate professor of law and public management at Central European University in Budapest.

In the East, the EU is leaving its partners behind

It’s time for the EU to get real