On Monday, defending champions Real Madrid were drawn against big spending Paris Saint-Germain in what will be the stand-out tie of the Champions League last 16 stage. Follow @cnnsportIt is a match which will put Cristiano Ronaldo — a five-time Ballon d'Or winner and the highest scorer in the tournament's history — against Neymar, the world's most expensive player.With 25 goals, PSG finished the group stages with a record number of goals scored and, before the last-16 draw, were the bookmakers' favorites to win European football's biggest club competition. But the two-legged tie, the first of which will be played on 14 February, against Real Madrid will be a first litmus test of PSG's Champions League ambitions after the recruitment of Neymar and Kylian Mbappe last summer.READ: Neymar signs for PSG READ: Neymar, Mbappe and the force of Qatar's 'soft power'Other last-16 highlights include former champions Chelsea versus five-time winners Barcelona and Juventus' clash against Tottenham Hotspur, who beat Real 3-1 at home in the group stages.Pep Guardiola's Premier League leaders Manchester City appear, on paper, to have the kindest last-16 tie after being drawn against Swiss champions FC Basel, while five-time winners Liverpool take on Portuguese side Porto. The first legs will be played on 13/14 & 20/21 February, 2018, with the return legs on 6/7 & 13/14 March.Champions League round of 16 draw: Juventus v Tottenham Basel v Manchester CityPorto v Liverpool Sevilla v Manchester UnitedReal Madrid v PSG Shakhtar Donetsk v RomaChelsea v Barcelona Bayern Munich v Besiktas

"Nice draw," tweeted Real midfielder Toni Kroos immediately after the Champions League draw. PSG have never won the Champions League and Neymar and Mbappe, reportedly bought for a combined total of nearly $500 million, were recruited by Qatari-backed PSG in a bid to make the Parisians a European force. Last season they failed to progress beyond the last 16 stage, losing a thrilling two-legged tie against Barcelona 6-5 on aggregate, while Real enjoyed one of their most successful seasons, becoming the first team in 27 years to retain the Champions League trophy. In that Cardiff final in June, Real comprehensively beat Juventus 4-1 to collect their 12th European Cup and Ronaldo, who last week claimed a record-equaling fifth Ballon d'Or, scored twice, making him the first player to find the net in three Champions League finals. The tie against European aristocrats Real and the new money of PSG is one of a number of intriguing ties to be played in February and March. Who do you think will win the Champions League? Have your say on our Facebook page.

"What a match," tweeted former Germany and Chelsea midfielder Michael Ballack as his former side were pitted against Barcelona for the sixth time in the Champions League knockout stages. Barcelona, who lead La Liga by five points, have progressed from six of their last seven Champions League knockout ties against English opposition, with the exception being in 2012 when they were eliminated by Chelsea. That year Chelsea went on to win the competition after beating Bayern Munich in the final following a penalty shootout. 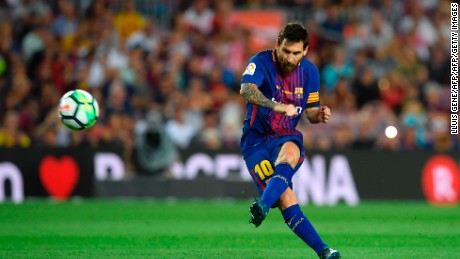 In Chelsea's favor, however, is Lionel Messi's record against the London-based club as the Barcelona forward has failed to score against them in eight matches. The first leg of that tie will be played on 20 February. The Blues are one of five English sides in the competition — no country has ever had as big a representation in the knockout stages. While Manchester City, who extended their lead in the Premier League to 11 points after victory over Manchester United on Sunday, have now become the bookmakers' favorites to win the competition, their tie against Basel will not be straightforward as the Swiss outfit have lost just four of their 14 Champions League games against English opposition. Basel will host City in the first leg on February 13. Meanwhile, Juventus midfielder Sami Khedira said on Twitter that his club's matches against Tottenham — on 13 February & 7 March — will be "two tough games." The English side have struggled recently in the league, dropping to sixth after a promising start to the season, but were impressive in their demolition of defending champions Real at their temporary Wembley home. England's other representatives, Manchester United and Liverpool, will be relatively content with their last-16 ties having avoided the continent's traditional powerhouses. But one of the competitions other former champions Bayern Munich face a tough test against Besiktas, who became the first Turkish side to finish a group winners in the Champions League. READ: Noisy Besiktas fans 'intimidate' opposition READ: Pepe calls on Ronaldo to join him at Besiktas

In the Europa League's round of 32 draw, football's new darlings Ostersund FK will face Arsene Wenger's Arsenal. Under English manager Graham Potter, Swedish club Ostersund has risen from the fourth tier of Swedish football to the country's top flight and in progressing to the knockout stages have beaten the likes of Galatasaray and Hertha Berlin. READ: How football's 'culture' club wins with the help of Swan Lake performancesVisit CNN.com/sport for more news, features and videosThis season's Europa League knockout stages feature some of the continent's most successful clubs. Italian giants AC Milan — seven time winners of the Champions League — take on Bulgarian side Ludogrets, while Atletico Madrid — who have reached two Champions League finals in the last four years — face Danish side FC Copenhagen.

Britain to quarantine all international travellers from June 8 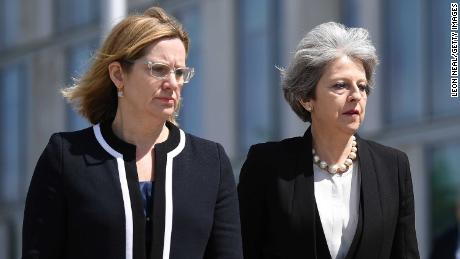