Walt Disney is close to confirming a deal to buy 21st Century Fox's entertainment assets for about $60bn, reports say.

The sale would include the 20th Century Fox film studio and the Sky and Star satellite broadcasters in the UK, Europe and Asia.

Disney was left as the front runner after Comcast, the NBC owner, dropped out of the race on Monday.

The Financial Times said talks about the price were continuing on Tuesday.

CNBC reported that Fox and Disney were on a "glide path" for an announcement on Thursday, according to people familiar with the negotiations.

The Murdoch family was said to favour a deal with Disney because it would rather be paid in the entertainment giant's shares than Comcast stock.

A deal with Disney could also face fewer US regulatory hurdles, although it is extremely unlikely to be waved through.

The assets being sold by Fox include its FX and National Geographic cable channels, 22 regional US sports networks and the company's stake in the Hulu streaming platform in the US.

It would also add to Disney's extensive film and television library, with movies such as Avatar and Deadpool, as well as small screen hits including The Simpsons and Modern Family.

The Fox broadcast network, Fox News and Fox Sports would remain under the Murdochs' control.

As well as its film studio, Disney also owns the ESPN sports network and cable channels.

Mr Murdoch's decision to sell most of Fox has surprised many commentators given his desire to continually expand his media empire over the past five decades.

Talks were understood to have been held between the two companies in November but did not result in an agreement.

Negotiations then restarted earlier this month.

Fox shares have jumped by close to a third over the past three months. 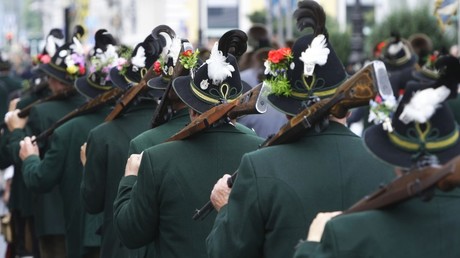