Investors from China are rushing to Russia’s Far East to be part of creating a new hub for processing steel. The project will be headed by Chinese firm Debang Guangdong and the Russian Ministry for Development of the Far East.

Implemented in three stages, the project aims to build a production base with annual steelmaking capacity of up to 10 million tons. The first stage will cost $500 million and have the capacity to make up to a million tons of product, according to the ministry. The facilities will grow to an annual capacity of five million tons in the second stage, with 10 million tons reached at the final phase.

“We want to set up a metallurgical production base in the Primorsky Region. The territory of the Far East has resources that are necessary for the project – warm-water ports that allow for expansion to countries of Southeast Asia and India,” the group chairman Yao Xiaodong told journalists. Five billion dollars will be invested in the enterprise, said the top manager.

The Chinese have created a consortium of investors that includes companies like Sinosteel Corporation, Rizhao Steel Holding Group, Jianlong Group, according to the representative of Yury Trutnev, the presidential envoy to the Far East Federal District, as quoted by Russian daily Vedomosti.

The official said Russia's Far East is highly attractive to Chinese investors due to its geographical position, tax privileges, its well-developed infrastructure, low costs of electricity and its obvious proximity to market channels. The ports in the area will allow trading with the Asia-Pacific region and Southeast Asia.

More than 20 investment projects are being currently underway in the region with Chinese partners investing over $4 billion so far, said Aleksandr Galushka, who heads the ministry developing Russia's far eastern regions.

“We have cheap electricity and workforce, while raw materials could be brought from Australia,” Maksim Khudalov, director of corporate ratings group ACRA told the media. The analyst stressed that Russia in its turn may benefit from tax proceeds as well as add new jobs in the region.

Chinese businesses are mainly interested in access to the warm-water port in Vladivostok, according to CEO of Sputnik Asset Management Alexander Losev, who said that the steelmaking hub in the region was part of a broader project dubbed the Silk Road Economic Belt. China and its partners will need nearly 270 million tons of steel to build all the projected routes.

No, the Norway option wont turn Britain into a vassal state 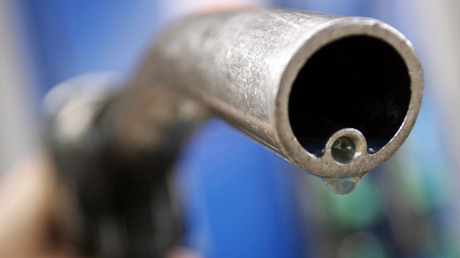