“A Christmas Story” airs around the clock during the holiday season and, believe it or not, the actors from the 1983 film are still getting royalty checks.

“You’re going to be so disappointed,” Zack Ward, who played bully Scut Farkus in the classic film, told Page Six. “It’s basically about $1,800 every two years … and it comes in in Canadian money because we shot in Canada.”

So what does the 47-year-old actor do with the extra cash?

He told us he puts it in a special account just in case his mom needs it in the future.

Ward, who was 13 years old when he starred in the Christmas classic, also revealed he still gets stopped on the street.

“So many people come up to me and are like, ‘You got your ass kicked by Ralphie,’ and it makes them so happy,” he said. “I think they’re connecting to themselves as that little kid who had a bully and when they saw Scut Farkus get beaten up, they were just like, ‘Yeah!’ They greet me with a lot of love. It’s usually very kind.”

He added that he also gets a lot of free beer and free hugs.

“It’s incredible to be a part of something that is lightning in a bottle like that,” he told us.

These days, Ward is working with All Sports Market and Global Sports Financial Exchange, Inc. to develop a sports exchange that allows fans to buy and trade shares of their favorite sports teams.

He is also still acting and living in Los Angeles. He recently guest starred in the newest season of “American Horror Story” and the Keanu Reeves show “Swedish Dicks.”

And no, Ward didn’t get to keep Farkus’ coonskin cap.

The post ‘Christmas Story’ star reveals how much he still makes off the holiday classic appeared first on News Wire Now.

Call on HSBC to stop supporting the arms trade with Israel

Russian and Lankan officials to meet regarding tea ban today 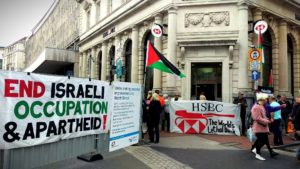 Call on HSBC to stop supporting the arms trade with Israel