The president of the Egyptian Football Association, Hany Abo Rida, said that Ramadan, which is observed by Muslims as a month of fasting, could hamper the national team’s preparation for the 2018 World Cup.

“This is our main problem,” Abo Rida told in exclusive interview with TASS.

“Koran grants exemptions from the fast to travelers and those who are preoccupied with some mission especially outside their homes. And despite falling under this exemption category, our athletes will be fasting. But if they refrain from food, our chances to lose matches will substantially increase. You should understand that their lifestyle will completely change during Ramadan, they will not sleep at night and will not eat during the daytime. Will it be productive preparation? How would they train if their biorhythms will be basically changed?”

Abo Rida also noted that it will be enormously difficult to observe Ramadan in Russia as sunsets in the country, after which food and water are allowed, occur much later than in Egypt.

“In Russia the sun sets much later [than in Egypt], this means our players will be allowed to eat their evening meal (iftar) not earlier than 9pm. We planned to come to Russia one week before the World Cup, meaning that we will be forced to observe Ramadan’s last week under local conditions. That’s why we will do everything possible to persuade our players not to observe Ramadan.”

Speaking about his team’s main goal at the 2018 FIFA World Cup, Abo Rida stressed that Egypt’s number one task will be to make it through the group stage and reach the second round of the global tournament.

“Our goal is to enter the second round. Basically, all teams are striving to make it through the group stage. We will see what will happen after that. Much will depend on whom we will face [in the next round], if we manage to win.”

He also explained their choice of Grozny as the team’s training base, saying that their decision has nothing to do with religious affiliations.

“Some of the teams who were sure to secure a spot in the World Cup, chose their training bases beforehand,” he said. “We mentioned Kazan and St. Petersburg as the most preferable cities for setting up our training base. But the two cities happened to have been booked by the time we made a request." 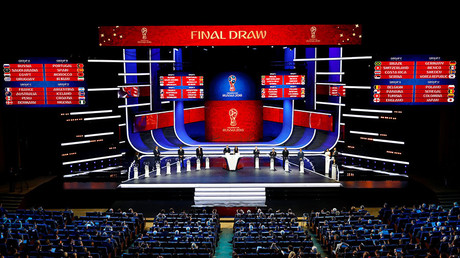 “Our technical group and coaches visited many Russian cities before settling on Grozny. They were fully satisfied with the conditions they were offered there: a newly built hotel and its proximity to the airport, an excellent stadium. Our guys liked the city’s infrastructure and decided in favor of Grozny.”

“Yes, I know some people think we have chosen Grozny because we are Muslims. But I would like to assure you that this was not the key factor,” Abo Rida said. “But, possibly it will be more convenient for residents of Grozny that we will come there instead of national teams of France or England,” he added.

He also said that the Egyptian team’s captain, Mohamed Salah, is expected to lead his players again at next summer’s football showpiece in Russia.

“You know, many say that ‘the Egyptian team has only Salah,’ but the same can be said about Portugal and Christiano Ronaldo, and Argentina who has Messi on its roster. This is football. Of course, our fans count on Salah and believe he can lead the team. But who knows what will happen on June 15, when Egypt will play their first game. Everything can happen, Salah might be injured or some other player might score a decisive goal – that’s why it’s too early to make any predictions.”

The post ‘We will try to persuade them not to observe Ramadan’ – head of Egyptian Football Association appeared first on News Wire Now.

Tebow Time: ‘Night to Shine’ Prom Night Bigger Than Ever

What time is the World Cup draw and what TV channel is it on?