Oil prices are set to close out the year somewhere around 15 percent up, and the oil market looks more stable than it has in years. But what does 2018 have in store?

Most analysts believe more of the same – inventory declines, some shale growth, a gradual increase in the oil price and eventually an end to the OPEC deal. But a lot of uncertainty remains.

There is no doubt that US shale output is continuing to rise, but there is quite a bit of uncertainty about the magnitude of growth. Expectations have fluctuated over the course of 2017. At the beginning of the year, outlets like the EIA and IEA had very bullish predictions for shale output, with the EIA expecting US output to average 10 million barrels per day in 2018.

As the year wore on, numerous red flags began to pop up that raised a lot of questions about the health of the shale industry. Drilling costs began to rise again; some shale companies ran into operational problems; drilling activity fizzled when oil prices dipped below $50 per barrel, a sign that the shale industry’s breakeven prices (on average) were not as low as many thought; the rig count dipped; and investors began demanding more restraint and a slower pace of drilling. These problems seemed to suggest shale was sputtering.

However, more recently, data suggests shale is back on track, posting strong production gains in September. In their December reports, the IEA and OPEC predicted US shale would add 870,000 bpd and 1 mb/d of new supply in 2018, respectively. That threatens to overwhelm demand growth. But the extent to which actual growth lives up to those forecasts will go a long way in determining the pace of rebalancing next year. 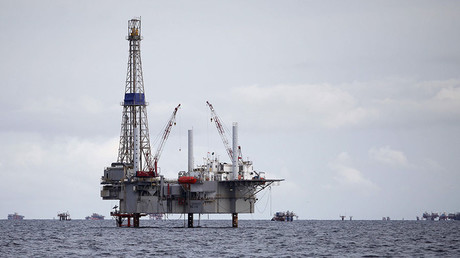 OPEC production fell in November for the fourth consecutive month, dipping by 130,000 bpd compared to a month earlier. That puts the group’s compliance rate with the production cuts at 115 percent, the highest number yet. The ability of OPEC to stick with its commitments is a positive sign heading into 2018 that they will be able to keep compliance rates high. To be sure, involuntary declines in Venezuela are somewhat masking less-than-100-percent compliance from Iraq and the UAE, but a reduction of supply is a reduction of supply.

Read more on Oilprice.com: Santa Is Putting Christmas On The Blockchain And Saving Billions

The big question is the durability of high compliance throughout 2018. An oil market that rebalances too quickly could lead OPEC members to abandon their pledges if they become tempted by higher oil prices. Russia has signaled that it is anxious to abandon the deal as soon as inventories fall back to average levels. The flipside is also true – a steep drop in prices could lure members into cheating as they become desperate for more revenues. But that is all speculation. For now, compliance looks good.

OPEC has restored some stability to the oil market with its resolve to maintain output limits, and the strong cooperation, particularly between Saudi Arabia and Russia, reassured the oil market at the last OPEC meeting.

Yet, they left the details of an exit strategy for a later date, and the June 2018 meeting will carry extra weight, especially as the inventory surplus narrows. Exiting the production cuts is fraught with danger; even hinting that a return to full production could spook jittery oil traders, which is exactly why top OPEC officials were eager to push off that conversation. But by mid-2018, they won’t be able to avoid the issue. It’s likely OPEC will opt for some sort of glide path, a gradual lifting of the production limits, but we’ll have to wait and see.

OPEC’s strategy will largely come down to what happens to global inventories. OECD commercial stocks declined by more than 40 million barrels in October, putting total stocks at 2,940 million barrels, the lowest level in more than two years. The stock surplus is now at about 100 million barrels more than the five-year average, down two-thirds from the start of 2017. It’s likely that the surplus will be erased at some point in 2018, at which point OPEC will be under pressure to abandon its production limits.

However, the IEA said in its December Oil Market Report that it expects inventories to begin rising again in 2018, largely because of blistering growth from U.S. shale (see #1 above). The first half of the year, the IEA predicts, will see inventories rise at a pace of 200,000 bpd. If the agency is correct, zeroing out the surplus could prove elusive. All of these forecasts and predictions go out the window if supply disruptions occur. Just days ago, the Forties pipeline cracked and shut down, and the pipeline’s operator declared force majeure on oil shipments. The 450,000-bpd pipeline could be shut for weeks, leading to shutdowns at North Sea oil fields. This incident is exactly the type of event that can catch the oil market by surprise, leading to sharp and sudden price increases even if all seems well elsewhere in the world.

There are plenty of potential flashpoints that could lead to supply outages in 2018. The most obvious is Venezuela, which is suffering from steep and ongoing declines.

Venezuela’s output fell by 41,000 bpd in November from a month earlier, after suffering a decline of 26,000 bpd in October. Production is at a 30-year low and is heading south.

Other outages are entirely possible in unstable countries like Nigeria and Libya. Conflict between the US and Iran would be a whole different animal, with serious implications for the oil market. Then, there are other potential outages that are entirely unpredictable beforehand. The crack in the Forties pipeline, the spill from the Keystone pipeline in the US from a few weeks ago and the massive wildfires in Alberta in 2016 are just a few examples. It only takes one major disruption to upend the most carefully crafted oil forecast.

Cryptocurrency crime wave could be dead ahead

Donald Trump Doubles Down On Being, Like, Really Smart; Hollywood Snickers

Hunt warns EU of City deregulation if there’s no deal