Tribune Broadcasting president Larry Wert began his appearance on a panel at NATPE’s Station Summit by joking that this would likely be his last time ever at the conference.

Technically that could be true — Sinclair Broadcast Group is weeks or even days away from final regulatory approval of its long-anticipated takeover of Tribune. But Wert ended the session on a more serious note, warning of the significant risk that comes with the consolidation wave swallowing up his company.

“There’s a lesson out there for us in radio,” said Wert, who has spent a chunk of his media career in the radio business. He recalled the massive deregulation of the 1990s, which has a present-day echo in the FCC’s moves to boost Sinclair and other large groups. After that, “you saw two supergroups emerge,” most notably Clear Channel, which at one point reached 1,200 stations in the U.S. before being broken up and privatized in 2006.

“They self-created problems by de-localizing a bit,” Wert said. “I hope our industry looks hard at that. There are benefits of all different sizes.” As new groups form, he added, “I don’t think there’s just one way to smash one together to survive long-term.”

The balance of that closing session of the Station Summit, which also featured execs from E.W. Scripps and Raycom, yielded a notable lack of Sinclair talk. A previous panel focusing on ATSC 3.0, Summit organizer Deb McDermott jokingly referred to Sinclair as “ruler of the broadcast universe.”

David Amy, Sinclair’s vice chairman and former COO and CFO, did not address the topic of consolidation. He focused on touting the ways the company is looking to monetize ATSC 3.0, the new broadcast standard, which is seen by boosters as the way local TV will regain ground it has lost to SVOD and digital content companies. “There’s gold in them thar hills,” he quipped. 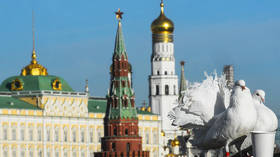 EU places 17 countries on tax-haven blacklist, but none of its own