Vergne, who snatched pole position late in qualification, used it to his advantage to control the race over 37 laps of a street circuit in the Chilean capital. His nearest challenger was teammate Andre Lotterer and the pair tangled late in the race, with both nearly coming to grief as the cars touched on Turn 5 with four laps to go.But Vergne was able to take the checkered flag with the added bonus of taking the lead in the overall championship standings.Former world champion Sebastien Buemi of Switzerland took the final spot on the podium in third, with Swede Felix Rosenqvist, winner of the two previous rounds for Mahindra Racing, in fourth place. But there was another non-finish for reigning champion Lucas di Grassi, whose hopes of successfully defending his title are fading fast having failed to score a single point this season. 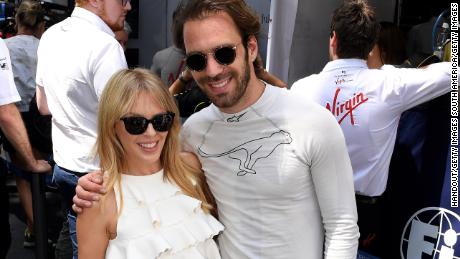 Techeetah was scoring a first one-two in the history of Formula E, a stunning achievement for newcomers to the sport."It's an amazing result," said Vergne, whose previous E-Prix victory came with them at the tail end of the 2016-17 season.The race was also notable for being the first in which teams were able to re-charge their cars without being held for a set time.In keeping with Formula E's reputation for a celebrity following, pop superstar Kylie Minogue was a pit-lane visitor in Santiago and posed for photos with former F1 driver Vergne ahead of Saturday's inaugural E-Prix in Chile.

Brandon Graham on his strip sack of Tom Brady

Too early for Arsenal to focus on Europa, insists Wenger