It's an issue about good governance, not political correctness, she said.

The three-day Total Gaming event, held at London's ExCel centre, is an international showcase for the industry, attended by betting companies, technology providers, and casino operators.

But Ms Harrison told BBC's Radio 4's Today programme of her dismay at seeing the gender disparity, with many of the women on the exhibition stalls and doing promotional work told to wear revealing clothing.

"The men were wearing smart suits and women were being asked to wear not much more than swimsuits. That's totally unacceptable; it's not reflective of the modern economy," she said.

"This isn't about political correctness. It's about good regulation and good governance, because businesses that have a more diverse workforce are more likely to make better decisions. And that's critical from a regulator's point of view."

She added: "Given our focus is on fairer and safer gambling, businesses that look more like their customers are much more likely to be able to put in place the protections and the safeguards that we are really focussed on."

Her comments come amid outrage over the notorious Presidents Club men-only dinner and campaigns against the use of 'walk-on girls' at sports events.

Ms Harrison, who is leaving the Gambling Commission for a role at the Department for Business, Energy and Industrial Strategy, spoke at the ICE event earlier this week.

The occasion was, she said in her speech, "an opportunity to highlight and challenge what is a significant stain on this industry's reputation" – a lack of diversity.

"Yet from walking around the exhibition you wouldn't know this," she said.

"Any future participation by the Gambling Commission in events like this will depend on there being change."

Last week, the Professional Darts Corporation ended its long-standing tradition of employing women to walk with male players to the stage.

Formula One has also ended 'grid girls' – the models who stand next to drivers before races. 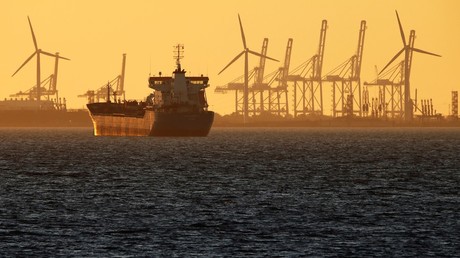 Michael Gove tells water firms to clean up their act