Russia's Investigative Committee said four people have been detained after it had discovered "serious violations" in its inquiry into the blaze in the Siberian city of Kemerovo, which killed at least 64 people, many of them children.Of 25 bodies that have been formally identified, 13 were children, Russia's Health Minister Veronika Skvortsova told state news agency TASS Tuesday.Around 10 people are still missing after the blaze broke out on Sunday afternoon, when the mall was packed with shoppers and cinema goers. Ten others are in hospital, Vladimir Puchkov, the head of the Ministry of Emergency Situations told journalists Monday."It's just a horror … it's hard to describe what happened today … it was a normal day off," said eyewitness Anna Zarechneva on Instagram. She had gone to the cinema at the center with her family to watch the movie Pacific Rim."Somewhere in the middle of the session the door opened and in the light coming from the hall there was a cry: "Fire! Fire!"," she wrote. Zarechneva described how she grabbed her son while the movie was still playing, her partner Dima following behind. "No-one turned on the light in the hall. No fire alarm to be heard. The crowd broke through one narrow door. The second exit for some reason was closed (and was there a second exit at all?), and the second part of the door was also closed. Having jumped out of the cinema, we saw dense black pungent smoke, which completely filled the children's playground and the 2nd cinema hall – they were completely invisible. There was already no air," she wrote.She said panic nearly broke out as people tried to make their way down the stairs to the screams and cries of children."Adults fled pushing and crushing children. On the stairs, from time to time, the crowd also panicked, but the men quickly calmed everyone, shouting: "Do not panic! Calm down! We will all go down!". Someone slipped in a hurry and fell on the steps. But someone immediately helped him get back on his feet," she wrote."Some man shouted that his children were in one of the cinemas. Dima found a hat laying around, put some water on it and tried to get to the hall. But the density of the smoke was so high that the cap simply did not help. "Do you have a gas mask? !!" – he began to ask the distraught guard. But he just spread his hands. The attempt to get to the children was just in vain."Preliminary investigations point to the fire having broken out in the cinema hall area of the four-story Winter Cherry shopping mall in the center of Kemerovo.Among those taken into custody was the technical director of the building's owner, the tenant of the premises where the fire is believed to have started, the head of the organization that was responsible for servicing the fire alarm and one of his employees, the Russian Investigative Committee said in a statement."Serious violations were allowed, both when the shopping center opened and after, during its operation. Fire exits in the shopping center were blocked. The investigation is checking the information regarding other violations," said Svetlana Petrenko, spokeswoman for the Russian Investigative Committee.Early images from the scene showed thick black smoke pouring from the shopping center, a former sweet factory, as firefighters continued to battle the flames after dark.As around 100 people were evacuated, others were trapped by the fire inside. Witnesses told Russian media they saw people jumping from the windows in desperate efforts to escape.The shopping mall, which has an overall area of 23,000 square meters, opened in 2013. It has a parking lot for 250 cars, shops, a bowling, a children's center, a cinema, and a petting zoo, according to the state news agency, Tass. Rescue workers say they have checked the first and second floors and are checking the third but have had difficultly making it to the fourth floor where the fire is believed to have started."They can not make it through yet, as the temperature is high there," the first deputy head of the regional department of the Ministry of Emergencies, Evgeny Dedyukhin, told Tass. Sputnik, a state-funded news outlet, reported the head of the city's fire department Sergei Yakovlev as saying the blaze had spread via flammable thermal insulation, making it difficult to put out. It is not yet known how the inferno began. People were gathering at the scene Monday morning to lay flowers and toys, Sputnik reported. 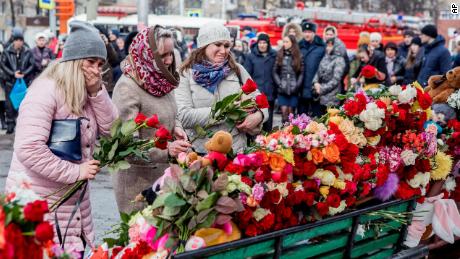 Russian officials say 20 psychologists are working with relatives of missing people. A number of world leaders send their condolences to Russia and President Vladimir Putin, including Pope Francis, who sent a telegram. "His Holiness Pope Francis was deeply saddened to learn of the fire which struck the Winter Cherry complex in Kemerovo, and he offers heartfelt condolences to all those affected by this tragedy," the Pope wrote."Entrusting the deceased, especially the many children who lost their lives, to the merciful love of God Almighty, His Holiness offers the assurance of his prayers for all who mourn their loss. With the assurance of his spiritual closeness to the authorities and emergency personnel as they assist the injured and continue their search for the missing, Pope Francis invokes upon all the divine blessings of peace and consolation."German Chancellor Angela Merkel wrote: "The people of Germany and I personally have heard about the appalling news regarding the serious fire disaster in Kemerovo which has claimed so many dead and injured people. "We mourn with you. Our thoughts are with the victims and their relatives.'' 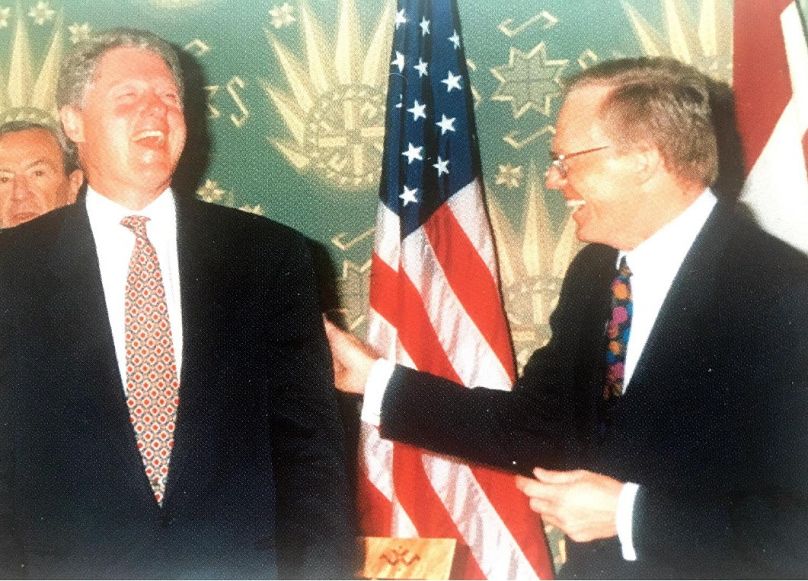 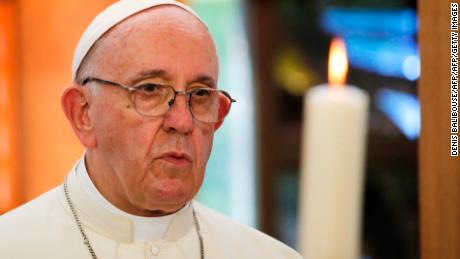 Years after he told Ireland his story of abuse on live TV, ex-politician says Pope must do more for survivors