BERLIN — The next month will be a crucial one for the future of the eurozone. In May, the EU has to decide whether it goes ahead with the ambitious set of proposals French President Emmanuel Macron laid out a year ago, or whether it faces the next economic crisis with its current tools.

There is a great deal at stake. Macrons credibility rests on his ability to make good on his reform agenda, and gaining support for his proposed European Monetary Fund — a European version of the International Monetary Fund — is his first real test. If this proposal sinks, the chances of more ambitious changes — to the EUs budget or tax system, for example — are likely to sink with it.

Angela Merkel, too, faces a crucial decision: She spent much of her election campaign last year arguing that only she could be a reliable partner for Macron on the European stage and now has to wrestle with how to align their competing visions for the future of the monetary union.

As the EU faces down a “civil war” against illiberal democracy in its own ranks, the fight over the future of the eurozone could further exacerbate tensions between members. The chances Europe will fail to meet the challenge are high.

For a body that is likely to have far-reaching powers, its apparent lack of accountability mechanisms is understandably a source of serious concern.

Macrons EMF proposal faces plenty of resistance within Merkels Christian Democratic Party (CDU), where members fear that a beefed-up European fiscal backstop would extend Germanys future liabilities to a breaking point. But the chancellor has also been accused of “hiding behind the Bundestag” and using her shaky parliamentary majority as an excuse not to go forward.

To be sure, there are plenty of problems with the proposal. While Germany is the most high-profile detractor, the populations of previous — and possible future — “bailout” countries are unlikely to be impressed by the institutions proposed setup. It does little to challenge the basic structure of its predecessor, the European Stability Mechanism, both enshrining austerity as a central principle and including few mechanisms to allow parliaments or citizens to challenge its decisions.

For a body that is likely to have far-reaching powers, its apparent lack of accountability mechanisms is understandably a source of serious concern. The EMF would duplicate many of the international bodys features, without considering whether such a structure is appropriate for a political community like the EU.

But the current impasse also presents an opportunity. There is still room for a grand bargain: If the biggest roadblock is the German Bundestags fear of losing parliamentary sovereignty, the solution is not to abandon the proposal, but to create a different EMF — one with proper political accountability.

An amended proposal would need to strike a balance between two risks: First, that cumbersome procedures mean the EMF is unable to respond to pressing fiscal or financial crises; and second, that centralized decision-making leads to the abandonment of democratic scrutiny. 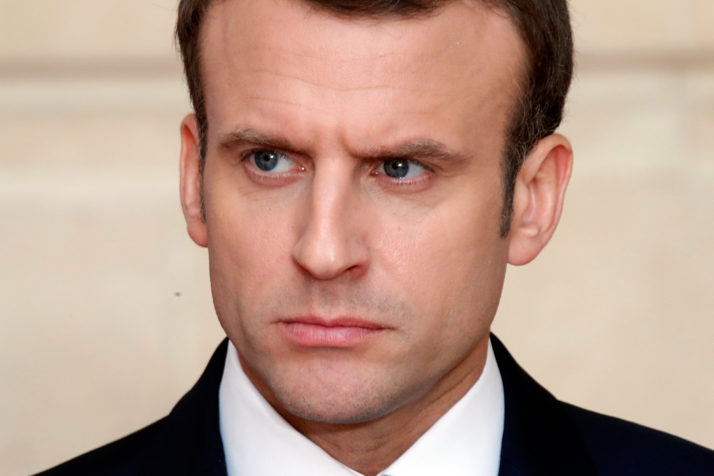 France and Germany need to find a new way to walk that line. Where the current proposal stipulates the EMF has only a limited duty to report to the European Parliament, a more ambitious proposal should give the Parliament full veto rights over lending or recapitalization programs.

Alternatively, national parliaments could be given a “yellow card” that allows them to delay decisions when enough are concerned that key principles of fiscal responsibility or social solidarity may be breached.

Both solutions would allow the EMF to give the eurozone the fiscal tools it badly needs to survive, while also addressing the concerns of parliamentarians in Strasbourg and in national capitals who currently hold the keys to advancing or sinking the proposal.

It would be a happy day for Europe if an impasse between Paris and Berlin doesnt just yield a messy compromise that pleases no one, but results in a more democratic and legitimate eurozone.

Macron has insisted that such a eurozone is a central goal of his proposals for European reform. Now the EU has the chance to come up with something even better.

Mark Dawson is professor of European law and governance at the Hertie School of Governance in Berlin. He heads the LEVIATHAN project on accountability in the eurozone, funded by the European Research Council.

Previous post How Europe can punch back at Beijing and Washington