Refresh for updates: Several local TV outlets are live with coverage of a 35 to 40-acre brush fire that has been threatening homes on the east side of Benedict Canyon northwest of Beverly Hills. No injuries have been reported, but mandatory evacuations were ordered along the 2200 block of San Ysidro Dr. between Milboro Pl. and Beeson Dr. in the South Beverly Park area.

The Beverly Hills Police Department just issued a statement at 4:55 PM saying that Benedict Canyon is closed for northbound traffic at Tower Rd. and that San Ysidro is closed at Pickfair.

“Were anchoring the fire — were flanking both sides of it. Its moving slowly from the west to the east. It is affected homes, and thats why we have some mandatory evacuations and some precautionary evacuations just south of that,” LA Fire Dept. spokesman Eric Scott told Fox 11. “Its slowly creeping up, but fortunately were at about a 10% containment and we are making progress.”

Its being called the Portola Fire as the fire appears to have first started in a backyard on Portola Dr. and then spread between Portola Dr. and Yoakum Dr., went up the ridge and then lipped over it. It is coming close to homes in a cul de sac on Woodridge Dr. where the fire was still burning slowly as of 4 PM.

In one hour it doubled the amount of acreage burned. Five helicopters and four fixed-winged aircraft have come in to battle it.

Margaret Stewart of the Los Angeles City Fire Department said that about 250 firefighters have been assigned to the fire; LA County air and ground units and strike teams from neighboring fire departments are involved.

“We have homes at risk but have been able to defend those homes,” Stewart told KTLA. “We are asking people to get their valuables and exit early,” she said. An evacuation center has been moved now to the Westwood Recreation Center.

Flames reaching 15 feet high and creeping down hillsides near several homes, but the blaze began to slow at around 3:30 PM because winds have been light. Helicopters began dropping water from the nearby (only thirty seconds by air) water source of Stone Canyon Reservoir.

Huge clouds of smoke are drifting north over to Sherman Oaks and there is heavy smoke over 101 Freeway and is likely to affect rush hour. In Chino Valley, 120 acres were burning at the same time started by car fire. No structures have been burned, but the fire is burning very fast.

Principles for private companies published in wake of BHS collapse

Russia to Britain: ‘You can keep the criminals, but return the money’ 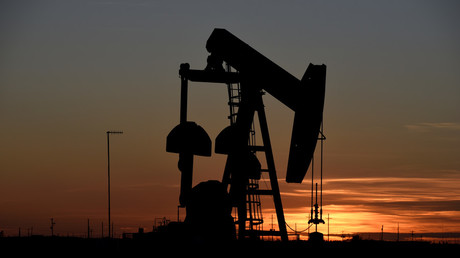