Canadian oil producers are once again suffering from a steep discount for their oil, causing the largest spread between Canadian oil and WTI in years.

Western Canada Select (WCS) recently fell below $40 per barrel, dropping to as low as $38 per barrel on Tuesday. That put it roughly $31 per barrel below WTI, the largest discount since 2013.

The sharp decline in WCS prices is a reflection of a shortage of pipeline capacity. Much of the talk about pipeline bottlenecks these days focuses on the Permian basin, and the unfolding slowdown in shale drilling, which could curtail U.S. oil production growth. But Canadas oil industry was contending with an inability to build new pipeline infrastructure long before Texas shale drillers.

However, the problem has grown more acute over the last 12 months. Even as pipeline takeaway capacity hasnt budged, Canadian oil production continues to rise. Output could jump by around 230,000 barrels per day (bpd) in 2018, followed by another 265,000-bpd increase in 2019, according to the International Energy Agency.

As more supply comes online, the pipelines are filling up, and there is little relief in sight. Until Enbridges Line 3 replacement is completed – targeted for late 2019 – midstream capacity wont expand. Enbridge recently received a crucial permit from the state of Minnesota, through which the pipeline will traverse, even though state regulators questioned the need for the pipeline. Environmental groups and Native American tribes affected by the pipeline have vowed to mount a resistance to the replacement and construction of the Line 3, echoing the protests of the Dakota Access Pipeline from two years ago.

“They're bringing highly toxic, highly poisonous tar sands oil directly through major watersheds and the last standing reserve of wild rice that the Ojibwe have to harvest,” Bill Paulson, a member of the Ojibwe tribe, told CNN last month. “Our culture is the wild rice and gathering and being out in the woods. If there's a threat to that, then there's a direct threat to the people.”

It is unclear how this will play out, but the opposition could delay the project beyond the expected start date. That means that the discount for WCS will stick around.

And because there is little, if any, empty space on Albertas pipelines, not only will the WCS discount linger, but the benchmark could suffer from higher volatility. “The Western Canadian oil patch is operating on the edge of available takeaway capacity, which makes discounts especially sensitive to shifts in supply (e.g. Syncrude ramping up from its outage), demand (e.g. higher-than-anticipated Midwest refinery maintenance) or marginal transport capacity (e.g. rail capacity spread too thin),” Rory Johnston, a commodity economist at Scotiabank, told Oilprice.com. 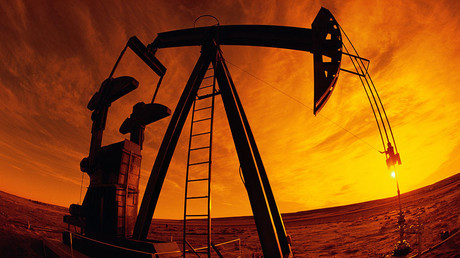 In theory, Alberta could build more refining capacity to process Canadian oil rather than scrambling to find pipeline space or selling at a steep discount, but refineries are expensive, and they would not resolve the problem of takeaway capacity. “The majority of hydrocarbons produced in Western Canada need to be exported–building additional refineries domestically to get around crude oil pipeline bottlenecks would simply shift it to a product pipeline capacity challenge,” Johnston said. “One way or another, those barrels still need to get to end consumers–either by pipeline, rail, barge, or truck.”

Shipping oil by rail to the US Gulf Coast can cost as much as $20 per barrel or more, according to Scotiabank, double the rate for shipping by pipeline. But with the WCS discount as large as it is, the economics could still work out. However, rail companies have been hesitant to invest in new rail capacity for shipping oil, especially if the business opportunity of doing so only lasts for another two or three years. Still, crude-by-rail shipments have climbed significantly this year, hitting a record high 198,788 barrels per day in May, the latest month for which data is available. However, even if rail economics look attractive, the lack of sufficient capacity means that rail wont be able to entirely bridge the gap.

With midstream capacity stubbornly stuck without a near-term solution, the Canadian government has moved to essentially nationalize the Trans Mountain Expansion project, buying it from Kinder Morgan after the US-based company moved to scrap the expansion plans.

But on that front as well, Ottawa continues to receive bad news, following its desperate bid to take over the project. The Canadian Press reported on August 7 that expanding the project will cost $1.9 billion more than previously thought, and will take a year longer than expected, putting the start date off until late 2021.

Portugal’s António Costa has too much of a good thing