LONDON — From the moment Theresa May became the U.K.s prime minister, it was foreordained that her political death would be brought about by Brexit.

The issue of Europe and Britains place in it has ended the career of every Conservative Party leader and prime minister for nearly 30 years. And its likely to determine the fate of successor.

It all started with Margaret Thatcher, who resigned in November 1990.

Its hard to picture now, as the Continent faces a resurgence of nationalism and Euroskepticism, but in those first years after the collapse of the Soviet Union and the end of the Cold War, the possibility of creating a democratically unified Europe was thrilling. This was particularly true for French President François Mitterrand and German Chancellor Helmut Kohl.

It was less exciting to Thatcher, who said, even before the Berlin Wall came down: “We have not successfully rolled back the frontiers of the state in Britain, only to see them re-imposed at a European level, with a European super-state exercising a new dominance from Brussels.”

Thatchers Conservative party was split on the issue of how enthusiastically to join the push for deeper European integration.

It was a major culture clash. Thatcher resisted a “closer union” — maybe because Delors was a “socialist” or maybe, as she would later write because “Most of the problems the world has faced have come from mainland Europe. And the solutions from outside it.”

This was a view shared by many — though by no means all — members of Britains World War II generation: The Germans started it, the French bottled it and Britain bailed them out. Across the Channel, Mitterrand, Kohl and Delors — also of the same generation — took a different lesson from their experience. They saw integration as a way to avoid another conflagration.

Thatchers Conservative party was split on the issue of how enthusiastically to join the push for deeper European integration. Many of the younger backbenchers were born after the war and were more concerned with anti-Communism, anti-socialism or anti-state-ism. They believed in the wisdom of free markets. They agreed with Thatcher that closer political integration would lead to socialism through the back door. 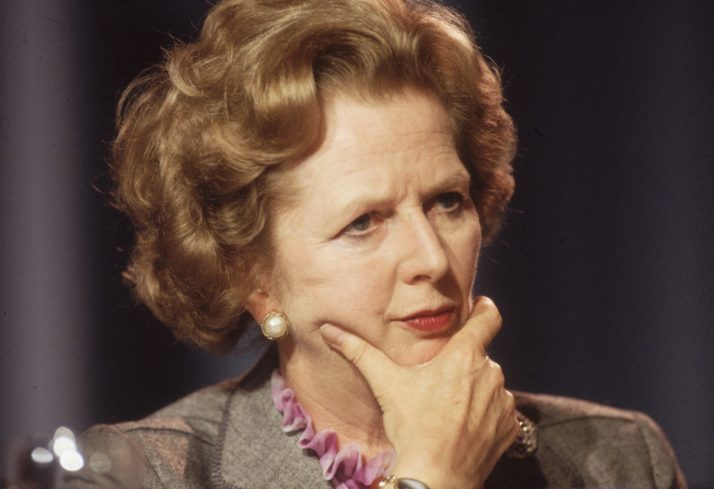 Thatcher — like her political soul-mate U.S. President Ronald Reagan — may have been an ideologue at heart, but she was also a pragmatic politician. She didnt utterly reject European integration. In fact, she worked for the creation of a single market across Europe.

It was Delors proposal for the creation of the euro that was a step too far.

An October 1990 summit of European leaders in Rome, where Delors presented his latest plan for a common currency with new powers for the Parliament and oversight for the Commission, ended in acrimony. Two days later, Thatcher returned to London and gave a harsh report to the U.K. parliament condemning the rush to a federal Europe.

Commenting on Delors plan, Thatcher told MPs the answer was: “No. No. NO!”

With her opinion polls already losing altitude — perhaps inevitably after 11 years in office — removing her from power became a possibility. She was challenged for the leadership of the party, failed to win support on the first ballot of Tory MPs and so, on November 22, resigned.

The collective trauma to the Conservative Party cannot be underestimated. For the younger Tories who adored Thatcher, she was the victim of regicide — or matricide. Looking for someone or something to blame, they settled on “Europe.”

Thatchers successor, John Major, now had to oversee how Britain would fit into the next phase of European integration.

Throughout his first year in office Major came under immense pressure from Kohl and Mitterrand to bring Britain into the single currency. He refused to give in and kept the U.K. out of the euro.

In a very real sense Major had fulfilled Thatchers plan. He carved a special relationship — to borrow a phrase — with Britains European partners that gave the country continued benefits and a voice in shaping European policy without taking the risk of giving up his nations sovereign currency. A few months later, Major won a general election that opinion polls indicated the Tories would lose. Did these achievements get him the gratitude of his party? No.

The Thatcherites wanted a complete split from Europe. Her “No. No. NO!” had taken on an almost religious significance for them. Some younger Tory activists, including Nigel Farage, set up a new party called the United Kingdom Independence Party or UKIP. It had one policy: Get Britain out of the EU. 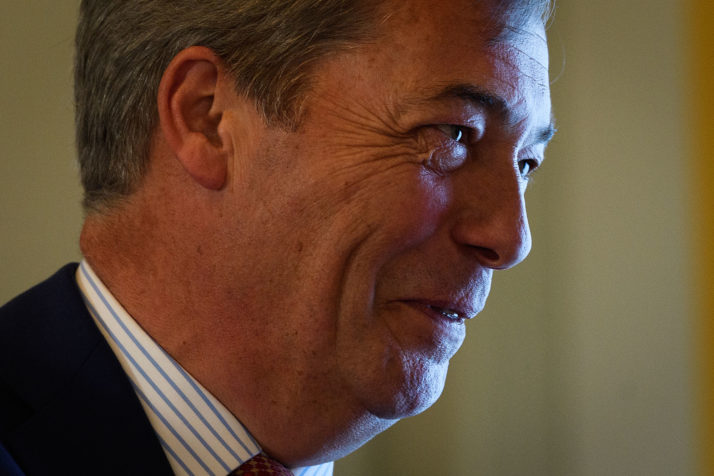 For the rest of his time in office, Major would be dogged by Euroskeptics on the backbenches and “bastards” — his word — inside his Cabinet. In their view he was somehow not being true to the legacy bequeathed him by Thatcher. He had betrayed her.

When he called a leadership election in 1995 — calling for his party to “Back me or sack me” — he won easily. But the sizeable rump of Euroskeptics in parliament and the larger group in the partys membership simply wouldnt let the issue go.

They were egged on relentlessly by the Tory-supporting, Thatcher memorializing, Euroskeptic press that still dominates Britain. Newspapers were filled with absurd stories on Brussels-dictated bans against curved bananas and barmaids showing cleavage. These were not lighthearted features. Their purpose was propaganda.

The Euroskeptic Tory rump was also buoyed by Thatcher herself, who criticized Major, her hand-picked successor, for signing the Maastricht Treaty — the document that laid the groundwork for an “ever closer union” — in 1992. Ten years later, in 2002, she would go further, writing that Britain should leave the EU altogether — Brexit.

By 1997, voters were fed up with a majority party that spent more time arguing among themselves over Europe than actually governing. It dealt the Tories a crushing defeat in the polls that year, electing Labour Party leader Tony Blair, an ardent pro-European, as prime minister.

Power of the Euroskeptics

The Labour landslide heralded a new era in Anglo-EU relations. The Conservative Party and its civil war were consigned to the outer reaches of Britains political life. It was a bloody affair. A series of Tory MPs — William Hague, Iain Duncan Smith, Michael Howard — cycled through the leadership. All were profoundly Euroskeptic.

Hague was crushed by Blair in the 2001 general election. Duncan Smith was so inept that Read More – Source

Pandemic not war but ‘test of humanity’: German president