PARIS – Tough foreign policy issues, including tensions with Turkey, sanctions against Belarus and relations with China, will be up for discussion at a two-day European Union summit that starts Thursday.

This end-of-month summit will be a test on whether the European Union can speak with one voice over thorny issues in its neighborhood and beyond.

The summit was delayed a week after Charles Michel, president of the 27-member European Council, was quarantined for possible coronavirus infection. He has since tested negative.

Belarus is a key concern. The EU has refused to recognize Alexander Lukashenko as the countrys president following disputed August elections and a brutal post-election crackdown against protesters.

Macron said he had gotten agreement from Russian President Vladimir Putin, but Putin subsequently denounced what he calls external pressure on Belarus.

Britain and Canada have announced sanctions against the Belarus government — but tiny member Cyprus earlier blocked the EUs own effort until similar measures were imposed on Turkey. Reports however say the EU will likely announce sanctions very soon.

EU-Turkey tensions are another hot-button issue. The immediate issue is oil and gas exploration rights in the Eastern Mediterranean, pitting EU-member Greece against Ankara. But the bloc does not see eye to eye with Turkey on other key issues, including Turkeys involvement in Syria and Libya.

Visiting Greece, US Secretary of State Mike Pompeo on Tuesday urged Athens and Ankara to quickly resume talks on the maritime dispute and pledged Washingtons support.

“We strongly support dialogue between NATO allies Greece and Turkey and encourage them to resume discussion of these issues as soon as possible,” Pompeo said.

Reports and analysts suggest the EU is unlikely to impose sanctions against Ankara in the immediate future. Leaders of France and Turkey, whose relations have been particularly strained, recently talked for the first time in months.

“Turkey is perhaps the most complex country for the EU to deal with, because its a member of NATO so its a partner,” Maillard said.

Sebastien Maillard heads the Jacques Delors Institute, a Paris-based think-tank on Europe.“Its also a country with whom we have strong economic links,” Maillard said.

“And which is also a country we cooperate on migration…Turkey is also officially a country that wants to join the EU. Thats why its a very touchy and difficult issue. Especially in a country like Germany, which hosts a very important Turkish community.”

EU leaders will also discuss ways to rebalance trade relations with China, another sticky relationship. The two sides met for a virtual summit earlier in September.

Other key issues in the backdrop include the European Commissions new migration and asylum pact that has sparked criticism from several eastern European countries, and the escalating violence between Armenia and Azerbaijan over the disputed Nagorno-Karabakh region.

The EU has called for a swift de-escalation of violence there, and warned against outside interference.

Jetpacks to the rescue? UK company tests tech for use in emergency response

Pompeo Calls on Vatican to Reconsider Deal With Beijing 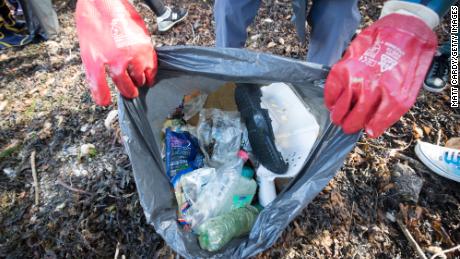