NEW DELHI: The Supreme Court on Friday asked the Jammu & Kashmir administration to offer within 15 days its justification for detention of former CM Omar Abdullah from February 5 under the Public Safety Act.
A bench of Justices Arun Mishra and Indira Banerjee issued notice to the Union territory government on a habeas corpus petition filed by Sara Abdullah Pilot seeking freedom for her brother and directed filing of the response by March 2, the next date of hearing after senior advocate Kapil Sibal clarified that no other petition challenging Abdullah's detention was pending in J&K High Court.
Sibal had strongly argued against granting J&K a fortnight to file response, saying a habeas corpus petition required urgent hearing as it involved a person's liberty and right to life. "If 15 days time is given to the administration, they will make us go round and round by asking us to appear before the advisory board (which is mandated by the SC in a recent judgment to periodically review all detentions)," he said.
"A week should be more than adequate for the administration to respond to the habeas corpus," Sibal pleaded but the bench refused to relent. Sibal had to spend some time explaining to the bench the distinction between Abdullah's detention from August 5, when the Centre scrapped J&K's special status under Article 370, and the fresh detention from February 5 under PSA. It was the February 5 order that was under challenge, he said.
Sibal asked when Abdullah had been under detention for the last six months, what danger could he pose to public safety or law and order? Referring to Abdullah's credentials, from being junior foreign minRead More – Source 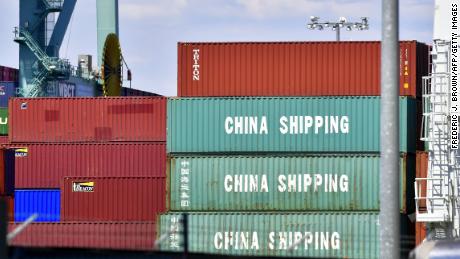 The trade war will hit US and Chinese growth next year, the IMF warns

Singing in parliament after same-sex vote