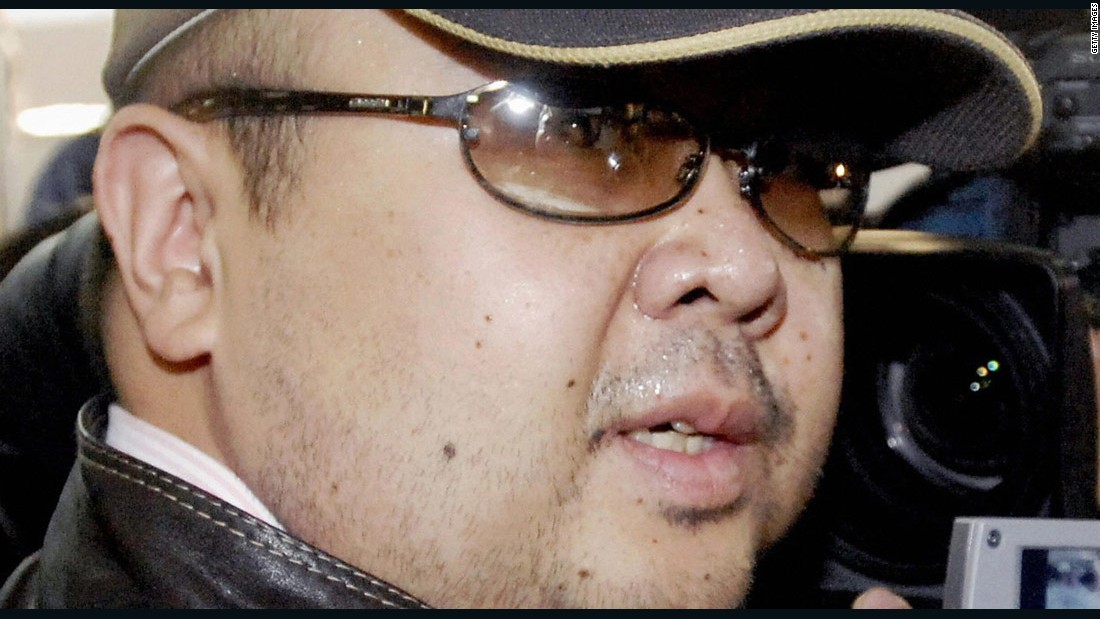 Malaysia's High Court heard this week Kim Jong Nam had 12 doses of atropine in his sling bag when he was allegedly swabbed with VX nerve agent in Kuala Lumpur International Airport on February 13, news agency Bernama said. Defense lawyer Hisyam Abdullah also confirmed the report to CNN.Abdullah said K. Sharmilah, a government toxicologist, told the court Wednesday she examined the drug along with several other samples provided by police.Atropine provides "primary protection against exposure to chemical nerve agents and insecticide poisoning," according to the American Society of Health-System Pharmacists (ASHP). "If you know someone is coming after you with a nerve agent, atropine is a key drug you would want to carry," said Nial Wheate, a senior lecturer in pharmaceutics at the University of Sydney.In addition to the antidote, Kim was also carrying $125,000 in cash at the time of his death, a police officer previously testified in court.Abdullah said the court heard Kim was carrying atropine in tablet form, but Bernama reported he had "glass vials" of the drug. Kim was allegedly poisoned with VX while on his way back to his home in the Chinese territory of Macau.Security footage showed two women, 25-year-old Indonesian Siti Aisyah, and 29-year-old Vietnamese citizen Doan Thi Huong, walking up behind Kim and rubbing their hands on his face. Abdullah is the lawyer for Doan. Malaysian authorities claim the pair were trained by North Korean agents to swab Kim's face with the nerve agent. They have pleaded not guilty to murdering Kim, saying they were duped into thinking they were participating in a prank TV show. North Korea has repeatedly denied any involvement in the assassination of Kim. Soon after he was poisoned with VX, he stumbled into a clinic in the airport and requested medical attention. A nurse wiped a "odorless, water-like" fluid from Kim's face, as his blood pressure spiked to a "life threatening level," according to a doctor who testified in court. Shortly after entering the clinic, Kim developed a seizure. The 45-year-old was rushed to hospital but died in the ambulance en route.

According to ASHP, atropine is most commonly injected into a muscle, under the skin, or administered intravenously, but is also available in pill form or as eye-drops. While it can be used as an antidote, the drug is also used to treat muscle spasms and reduce airway secretions.It's marketed under a number of brand names, including Sal-Tropine, AtroPen, and Atreza. Wheate, at the University of Sydney, said that atropine's effectiveness against a fast-acting nerve agent like VX depended on how it was delivered."If you're carrying it as a tablet or a liquid that you're intending to swallow is not going to do you any good," he said. "If you swallow it as a tablet it's going to take anywhere from 15-20 minutes until it gets into your bloodstream and by that stage the VX is going to have (taken effect)."Meridian Medical Technologies, which sells the AtroPen auto-injector similar to EpiPens used to treat allergic shocks, said the drug "is intended as an initial treatment of the (nervous system) symptoms of insecticide or nerve agent poisonings (generally breathing difficulties due to increased secretions," after which immediate medical care should be sought. "Individuals should not rely solely upon antidotes … to provide complete protection from chemical nerve agents," the company warns. "Decontamination of the poisoned individual should occur as soon as possible." In the US, atropine is available only on prescription, and sale is restricted to medical professionals or distributors, but Wheate said the drugs are "fairly common (and) not difficult to get your hands on."

The presence of antidotes on Kim's person at the time of his death adds another twist to a case which dominated headlines worldwide. Exiled from North Korea since he fell out of favor with his father, Kim Jong Il, the victim lived for the most part in Macau, a special administrative region of China near Hong Kong. There, he reportedly lived in fear of his younger brother, Kim Jong Un, who took over North Korea from their father in 2011. Since coming to power, Kim Jong Un has carried out purges of any political rivals, including his uncle, Jang Song Thaek, who was executed in 2013. A South Korean think tank said in December 2016 that Kim Jong Un has ordered the killing of at least 340 people since 2011.Michael Madden, an expert on the country's leadership, wrote after Kim Jong Nam's death that while he did not have much of a power base inside North Korea, his heritage would have made him a threat were he to challenge his half-brother. According to a South Korean lawmaker, citing a National Intelligence Service briefing, Pyongyang had been attempting to assassinate Kim Jong Nam for five years before the incident in Malaysia. A North Korean man jailed for spying in South Korean in 2012 reportedly said he had been ordered to kill Kim.

The two women accused of administering the deadly nerve agent have consistently denied knowledge of the plot, saying they thought it was for a TV prank show. In October, police took the pair, who face the death penalty if convicted, back to Kuala Lumpur International Airport to retrace their steps on that day in February. The two defendants walked around key areas of the airport alongside their defense lawyers, the judge overseeing the case, the prosecutors and investigating officers. Aisyah's lawyer, Gooi Soon Seng told reporters in a press conference that the purpose of the visit was to get a clearer picture of what happened on February 13 and determine the different routes taken by Kim and the two suspects.According to Malaysian state media, police efforts to track down three other suspects involved in the case have been unsuccessful. The trial, the highest profile in Malaysia for quite some time, is expected to continue into next year.

Commentary: Has Myanmar been in denial over COVID-19 outbreak all this while?