The latest update to the International Union for Conservation of Nature and Natural Resources' (IUCN) Red List of Threatened Species upgraded the status of the birds from "endangered" to "vulnerable" because of a steady increase in population.The IUCN is a global body that evaluates the existential threat to various animals and plants. Their findings, published in Tokyo on Tuesday, assessed the status of 91,523 species, and found 866 to be extinct. However, the change in the status of the northern brown and rowi kiwis marks more than 25 years of successful conservation efforts by the New Zealand government and community groups.

The fight to save the flightless bird

The main threats to the northern brown and rowi come from habitat loss, and predators like dogs, stoats and feral cats which kill fledglings, or the chicks in the nest.The rowi population, at 160 in 1995, was originally classed as "endangered," but the IUCN says that number has grown to 450 adults today. Meanwhile, northern brown numbers have stabilized after decades of decline and the IUCN expects them to start increasing soon if conservation efforts continue. The successful Kiwi Recovery Plan, launched by the New Zealand Department of Conservation in 1991, involved predator control, community engagement, and Operation Nest Egg. 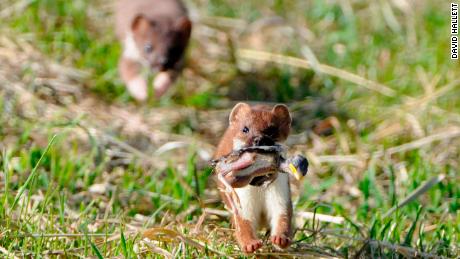 Under the operation, kiwi eggs in the wild were rescued and later reintroduced into the forest after they had hatched or fledged. This increased the rate of juvenile survival for the species, resulting in population growth."The kiwi downlistings show that there is hope," said Ian Burfield, global science coordinator of BirdLife International, which assesses the bird species on the IUCN Red List. "New Zealand is a world leader in tackling invasive species, and has developed techniques that have been adapted and used successfully all over the world. What we need now are more resources to scale up these efforts and deploy them on many other islands, before it is too late." The methods adopted to save the rowi and northern brown are now being applied to other species in the South Island, which are still in decline."Other kiwi like the great spotted are still in serious trouble," said Kevin Hackwell, chief conservation officer at Forest and Bird, BirdLife International's partner in New Zealand."Predators continue to be the biggest threat to kiwi survival, which is why the latest Kiwi Recovery Plan is seeking a significant increase in large-scale pest-control efforts to save all of our kiwi species."

Other experts, however, remain skeptical about the reduction in threat to the species. Jim Reynolds, lecturer in ornithology and animal conservation at the University of Birmingham in England, was cautious in his optimism: "I worry when conservation status is ameliorated to a 'better outcome' because these birds are being re-categorized as being in less trouble– this will mean people will take their eye off the ball a little bit. 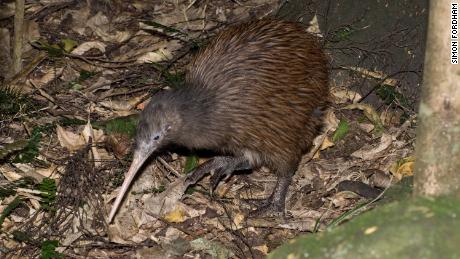 "Conservation is resource-limited. Overall, it's obviously good news because it looks like it's recovering on paper. I'm worried whether this will lead to continued recovery.""Red listing is a wonderful tool, but things fall between the cracks as a result of this. Conservation at the end of the day is about human interaction and red listing doesn't deal with local issues which are the real problem," Reynolds added.

Today's update also listed the snowy owl as "vulnerable" for the first time, with its population declining at a rate of 30% to 40% in three generations.Climate change is one of the key threats to the owl, with snow melt reducing the availability of rodents, which it preys on for food. 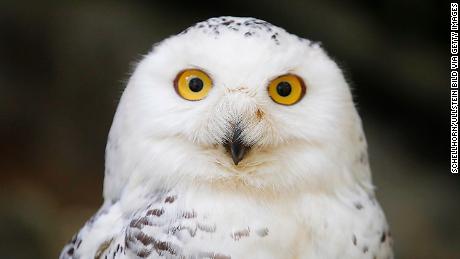 "Our latest bird Red List data show that one in eight of the world's 11,000 bird species are threatened with extinction," added Burfield. "This year, worryingly, 60 species have been uplisted to higher threat categories, yet a similar number have been downlisted to lower categories." The list also found that on Australia's Christmas Island, three species of reptiles– the blue-tailed skink, the Christmas Island whiptail skink and the Lister's gecko — have become extinct after rapid population decline. In Japan, one-third of reptiles are under threat of extinction, primarily because habitat loss, predators and collection for the pet trade. Craig Hilton Taylor, head of IUCN's Red List Unit, said: "This update to the IUCN Red List of Threatened Species shows an increasing number of species sliding towards extinction, and very few recovering, confirming that we are in the midst of a sixth mass extinction. "We need increased, coordinated conservation efforts — such as those which improved the situation for two species of kiwi, demonstrating that conservation works."

China or the US? Australia’s tricky balancing act