On Monday, a wooden boat crewed by 8 North Koreans landed on Japan’s shore.

They were all dead.

Two more bodies were found on Japan’s Sado Island just days before. During November, three more boats were intercepted. One of these boats had a living crew, another dead and living, and another all dead.

Japanese authorities are working to establish where the men originated, but the likelihood is North Korea. Cigarettes and lifejackets bearing Korean lettering were located near the bodies found on Sado Island.

According to Sky News, 44 of these boats washed up in Japan this year, and 66 last year. The media in Japan have taken to calling these boats, ghost ships.

Experts and the Japanese Coast Guard say that the boats contain fishermen and refugees who are being driven out of North Korea by deteriorating living conditions.

Some boats make it to Japan with their crews intact. For example, 8 North Koreans were found on the shore in Akita prefecture. Yet, not all of the boats were fleeing North Korea. Japanese authorities have said that two fishermen had been returned to North Korea at their request.

Satoru Miyamoto, a North Korea specialist at the Seigakuin University, told CNN that there has been an increase in the number of ships since 2013 when North Korea began an attempt to grow the revenue extracted from fisheries.

“They are using old boats manned by the military, by people who have no knowledge about fishing,” Miyamoto said.

The internal functions of North Korea are opaque, but there are indications that the military started playing a larger roll in fishing. For example, starting in 2013, Kim Jong Un began personally bestowing awards on members of the military for the “rare achievement” of meeting fishing quotas, overcoming “adverse conditions at sea” and “inclement weather.”

On Tuesday, Kim praised the recipients and said the group had carried out a “rare achievement” by meeting its fishing quota despite “adverse conditions at sea” and “inclement weather.” He also said they were “absolute believers in Party policy.”

According to Seo Yu-suk, the research manager of North Korean Studies Institution in Seoul, the ghost ships could be driven by food shortages as North Koreans risk fishing less seaworthy vessels.

Vote in Parliament follows years of political jockeying and debate 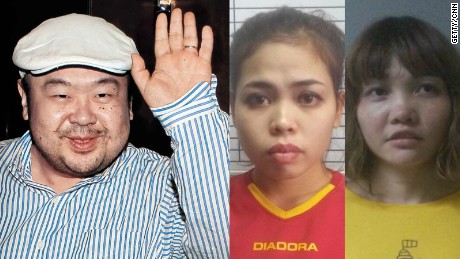