Fifteen peacekeepers were killed and 53 others injured Thursday evening, the UN peacekeeping mission in the Democratic Republic of Congo said in a statement. Mission officials believe the rebel group Allied Democratic Forces carried out the attack, according to the statement.At least five members of the Congo's armed forces also were killed, Guterres said."Attacks against those who are working in the service of peace and stability in the Democratic Republic of the Congo are cowardly and constitute serious violations," said Maman Sidikou, the secretary-general's special representative in the country. The UN mission "will take all actions to ensure that the perpetrators are held accountable and brought to justice."The attack took place in North Kivu, an eastern province that borders Rwanda and Uganda, Guterres said. Ian Sinclair, director of the UN Operations and Crisis Centre, said the "major attack" occurred Thursday at dusk on a company operating base at Semuliki in the province. It continued for three hours, Sinclair said.Earlier, Guterres had said 12 UN peacekeepers, all of them Tanzanians, had been killed and at least 40 others injured."I condemn this attack unequivocally," he said. "These deliberate attacks against UN peacekeepers are unacceptable and constitute a war crime. I call on the DRC authorities to investigate this incident and swiftly bring the perpetrators to justice. There must be no impunity for such assaults, here or anywhere else."

The Democratic Republic of Congo has the largest of the 15 UN peacekeeping missions, with more than 22,000 personnel."This is the worst attack on UN peacekeepers in the organization's recent history," Guterres added. "It is another indication of the enormous sacrifices made by troop-contributing countries in the service of global peace. These brave women and men are putting their lives on the line every day across the world to serve peace and to protect civilians."The eastern part of Congo has been embroiled in violence since 1994 when Hutu forces crossed the border from Rwanda fearing reprisals following the genocide there.Matthew Rycroft, the UK ambassador to the United Nations, said Thursday's attack was "not just on them as individuals but on the very essence of UN peacekeeping."Earlier this year, two UN experts investigating human rights violations and their Congolese interpreter were found dead outside the city of Kananga in south-central Congo. A number of organizations offered rewards for anyone providing tips leading to an arrestNikki Haley, US ambassador to the United Nations,visited a camp for displaced people in the country in October. Nearly 4.5 million Congolese have been forced to flee from their homes, and many are living in such camps, according to the United Nations. 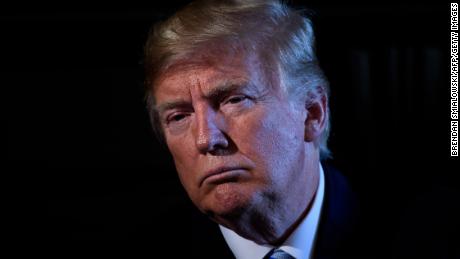