The "Muse Report" written by Washington DC-based law firm Cunningham Levy Muse was commissioned by the government of Rwanda as part of its investigation into the role of French officials in the genocide, in which around 800,000 people were killed. The 52-page document draws on wide-ranging sources including diplomatic cables and witness testimonies to make a series of allegations.

The report claims that French officials supplied weapons to government forces and militias implicated in massacres of Tutsis, despite having knowledge of these atrocities.French officials are also alleged to have provided support and shelter for Rwanda's interim government, whose leaders were subsequently convicted of genocide charges.The report further accuses the French government of obstructing justice after the genocide by failing to release vital documents, and failing to extradite or prosecute suspected war criminals living in France."Senior French officials were aware of and aided the actions and goals of both the Habyarimana government (before the genocide) and the génocidaires who seized power," the report concludes."A complete investigation into the full extent of the knowledge, conduct and complicity of French officials is warranted…There is no doubt that French archives are filled with documents and materials without which the full history of this era will never be known."The Foreign Minister of Rwanda Louise Mushikiwabo called on the French government to provide transparency and accountability. "The Muse Report exposes a damning summary of conduct by French officials in Rwanda during the 1990s and thereafter, and we agree with the report recommendation that a full investigation into the role of French officials in the genocide is warranted," she said."This is also an opportunity for French authorities to collaborate better with Rwanda in the pursuit of truth, justice and accountability regarding the genocide against the Tutsi." 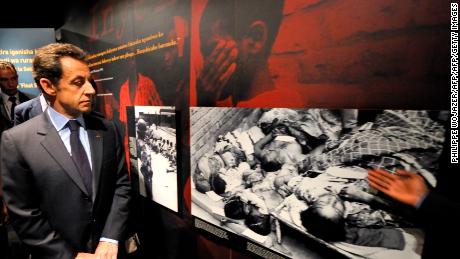 The French government has not responded to a CNN request for comment, but at the outset of Rwanda's investigation into French culpability, the then Defense Minister Jean-Yves Le Drian said: "To say that the French army took part in genocide is a despicable lie that I will not tolerate." Human Rights Watch Central Africa Director Ida Sawyer welcomed the call for clarity over French involvement, although she suggests the Muse Report is undermined by omitting criticism of the Tutsi Rwandan Patriotic Front (RPF), the party of President Paul Kagame, which took power after the genocide."While the report is one-sided as it does not address abuses committed by the RPF, it rightly calls for a reckoning regarding France's role before and during the genocide," says Sawyer. Human Rights Watch documented arms transfers from France to the Rwandan government in July 1994, she adds, "after it was widely accepted that these actions supported a force recognized as having committed genocide." Relations have often been tense between the two countries since the genocide. France has no ambassador in Kigali, and Rwanda recently withdrew its envoy from Paris. The Rwandan government has previously accused French officials of complicity, and French soldiers of rape and assassinations. The French government denied these claims, although former President Nicolas Sarkozy acknowledged "mistakes" in 2010. Prospects for the release of classified documents pertaining to Rwanda received a setback in September, as France's Constitutional Council ruled they should remain secret.(Update: A spokesman for the French Foreign Ministry said: "The Rwandan genocide was one of the worst atrocities of our time. France is fully committed to prosecuting those who took part in it. We actively supported the creation, in November 1994, of the International Criminal Tribunal for Rwanda, established pursuant to a decision by the UN Security Council. Furthermore, the French legal system has convicted several people and is examining several cases in connection with the Rwandan genocide.")