Oil from Canada’s oil sands is now selling at a $27-per-barrel discount relative to West Texas Intermediate (WTI), the sharpest difference in more than four years.

Western Canada Select (WCS), a benchmark for oil from Alberta’s oil sands, has plunged in December, falling to just $30 per barrel at the end of this past week. WCS typically trades at a discount to WTI, reflecting the differences in quality from lighter forms of oil, as well as the extra transportation costs to move oil hundreds of miles out of Alberta.

But a discount is usually something like $10 per barrel, not more than $25. A price deterioration of this magnitude has not been seen in years.

There are several reasons why the WCS price has deteriorated. First, the spill and shutdown of TransCanada’s Keystone pipeline in November slowed the flow of oil from Canada to the US as the company was forced to make repairs. That led to a minor spike in WTI as supply tightened a bit in the US, but upstream in Canada it put downward pressure on WCS amid a glut of supply. Canadian oil was diverted into storage as the pipeline underwent repairs, and the backup pushed prices down.

Second, railroad companies have been unable to accommodate the oil industry on such short notice. “It’s hard for the railroads to change their operating plan really quickly,” Steve Owens, rail analyst at IHS Markit, told Bloomberg. “There are equipment constraints and crew constraints.” 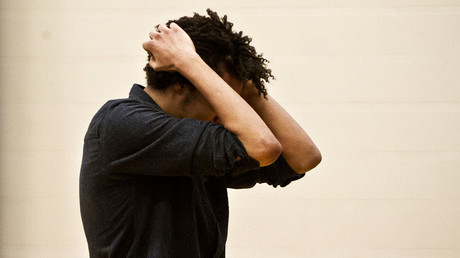 Rail companies have apparently been tied up trying to ship delayed grain cargoes and have not been able to accept oil shipments. To make matters worse, Canadian National Railway Co. is suffering from a backlog after three train derailments in the past two months slowed the typical volume of grain moving on the railways, according to Ag Transport Coalition.

At the same time, while rail was a crucial mode of transport for oil a few years ago, the collapse of prices in 2014 led to a sharp decline in oil-by-rail shipments. As such, rail fell out of favor, and rail companies shifted their focus to other commodities.

Nevertheless, shipments of crude via rail are starting to rise again as low WCS prices have made it more attractive to US refiners. But because Canadian rail is clogged up with grain at the moment, rail won’t be able to completely resolve the oil backlog.

In a glaring example of how bad the problem has become, it is apparently economic at the moment to ship oil by manifest trains, according to Bloomberg and IHS Markit, which are tanker cars attached to other trains carrying other commodities. It’s a pretty absurd way to move oil, with a transportation cost of as much as $24 per barrel, compared to a few bucks via pipeline. But, current market conditions make it possible. 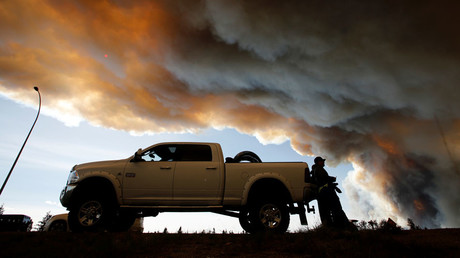 Meanwhile, although the outage at Keystone was one of the main proximate causes of the deterioration of WCS prices, the larger problem is a chronic one—a lack of new pipeline capacity even as Canada’s oil sands have added new sources of supply in recent years. For instance, Suncor Energy is set to ramp up output from its new Fort Hills project (a project planned years ago when oil prices were high), which will add 190,000 bpd of new oil sands supply within the next 12 months.

"We have a lot of oil in the oilsands," Conor Bill, managing director of Mount Auburn Capital Corp., told the CBC. "and the problem is there aren't a lot of ways to get that crude out of the area where it's produced."

There are a handful of major pipeline projects on the drawing board, all of which still face hurdles. Keystone XL, Trans Mountain Expansion and Enbridge’s Line 3 expansion each promise to carry Alberta oil to market, but none of them will be online anytime soon. That means the WCS discount will linger for a while.

At the end of the day, the current $27-per-barrel discount is being acutely felt in Canada’s oil industry. Kevin Birn, a director at IHS Energy in Calgary, told Bloomberg that a $25-per-barrel WCS discount translates into a loss of $20 million per day for Canada’s oil producers.

Donald Trump Tweets GOP Having Good Year, Will “Do Well In 2018”

Russia-EU trade recovering firmly in the teeth of sanctions