Here's just a sampling of some of the whoppers and overstatements:1. "They neglected a nuclear menace in North Korea, made a disastrous, weak and incomprehensibly bad deal with Iran, and allowed terrorists such as ISIS to gain control of vast parts of territory all across the Middle East." This came at the top of Trump's speech amid a list of his grievances about the Obama administration. It is true Trump inherited a more dangerous and more advanced threat from Pyongyang, but that wasn't the result of anyone's neglect. It's indicative of how difficult the problem is to solve, precisely because no one nation can solve it peacefully. 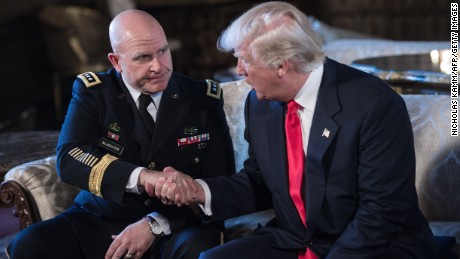 As for the Iran deal, he can brag about decertifying it, but Congress chose not to follow suit. Iran is meeting its commitments. And no matter what you may think of its other destabilizing behavior, no problem in the Middle East is going to be easier to solve with a nuclear-armed Iran. On ISIS, he conveniently forgets that in 2014, Secretary of State John Kerry fashioned together a coalition of more than 65 nations to beat back the terror group in Iraq and Syria. When Trump took office, ISIS was already a shadow of its former self. Iraqi forces had successfully reclaimed more than 60% of ISIS territory, including Mosul, and nearly 30% of ISIS territory in Syria had been lost.There's still work to do, but it's not like the fight against ISIS achieved no results before Trump. Without question, he has capitalized on what President Barack Obama set in motion.2."They surrendered our sovereignty to foreign bureaucrats in faraway and distant capitals."This is a common Trump complaint about Obama. And it's just not true. Take a look at Obama's national security strategy from 2015: "In an interconnected world, there are no global problems that can be solved without the United States, and few that can be solved by the United States alone. American leadership remains essential for mobilizing collective action to address global risks and seize strategic opportunities." 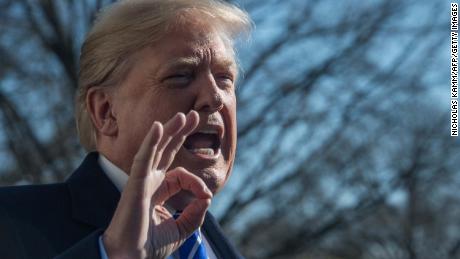 Obama spoke of American leadership in multilateral organizations, because through that leadership we could best achieve outcomes beneficial to our interests. But there was altruism at work as well. It was the United States that led the international effort to stem the tide of the Ebola outbreak. It was the United States that fashioned together the International Syria Support Group. And it was the United States that led the international response to natural disasters, including the earthquake in Haiti, the tsunami in Japan and a typhoon in the Philippines. No surrender of sovereignty. Just leadership.3. "We have withdrawn the United States from job-killing deals, such as the Trans-Pacific Partnership and the very expensive and unfair Paris climate accord." Not so much. By 2032, according to the US International Trade Commission, TPP would have increased employment in the United States by about 128,000 full-time equivalent jobs. And the real wage rate would have gone up by about 0.19%. As for the Paris accord, all he needs to do is change our emissions targets. The accord is not a deal. It's not a treaty. It's a voluntary commitment to curb emissions by levels that each nation determines for themselves. Nothing unfair or expensive about that.4. "Our efforts to strengthen the NATO alliance set the stage for significant increases in member contributions, with tens of billions of dollars more pouring in because I would not allow member states to be delinquent in the payment while we guarantee their safety and are willing to fight wars for them."NATO members do not pay dues, except for small contributions to help the headquarters staff properly resource and equip itself. Each member pledged to commit itself to a level of sovereign defense spending of at least 2% gross domestic product. According to a recent Jane's Defence Budgets Report, as reported by CNBC, only five of the 28-member nations met the alliance goal this year.Yes, defense spending is on the rise in Europe. But according to Jane's, it's not because of Trump: "Growth has taken off in Eastern Europe since Russia's intervention in Ukraine in 2014, with the majority of the new defense funding being put towards military modernization," said Fenella McGerty, a Jane's analyst.5. "For the first time, American strategy recognizes that economic security is national security."Nope. Not even close. Ronald Reagan recognized the influence on economics to national security. And Obama said it in the preface to his national security strategy of 2015. It's literally the second sentence on the first page: "America's growing economic strength is the foundation of our national security and a critical source of our influence abroad." 6. "Our strategy breaks from the damaging defense sequester. We're going to get rid of that."Trump does mention the deleterious effects of sequestration in his strategy. But there's nothing in there about how he plans to get rid of it. That's because it's the law, and you can't repeal a law in a strategy document.These are only the biggest whoppers. They don't even begin to deal with some of the problems with the strategy itself. The strategy doesn't acknowledge climate change as a national security threat. It overstates the degree to which immigration reform will enhance border security. It talks about something called "competitive diplomacy" but doesn't back up claims to enhance that diplomacy with a serious commitment to State Department funding. And it champions rule of law overseas without recognizing the manner in which Trump's rhetoric and cynicism have challenged rule of law here at home. That said, the strategy is a serious and sober assessment of threats and challenges as Trump's national security staff sees them.Trump's speech Monday wasn't anywhere close to the fair hearing the strategy deserves.