Twenty worshippers traveling to a dawn Christmas service were killed in the town of Agoo, about 200 km north of the capital Manila.About 3:30 a.m. local time (2:30 p.m. Sunday ET), a public bus collided with a smaller private vehicle known as a jeepney, according to Jason Falao, a senior police officer in Agoo.All the fatalities were aboard the smaller vehicle, an Isuzu SUV-style jeepney. It was carrying 29 people, taking the passengers to Manaoag church in the neighboring province of Pangasinan, a well-known pilgrimage destination in the heavily Catholic country. The jeepney was heading north when it overtook another vehicle and crashed into the bigger bus, Falao said. One person on the bus sustained minor injuries, he said.Jeepneys, informal minibuses, are a ubiquitous form of transportation throughout the Philippines. 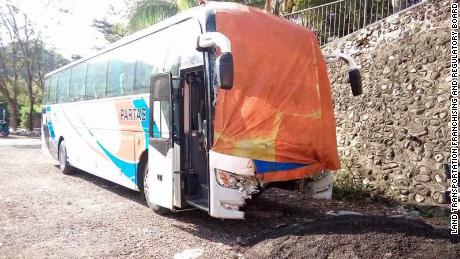 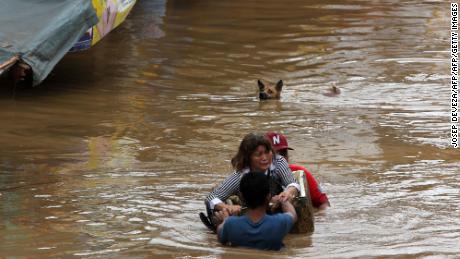 The storm has killed at least 164 people in the Southeast Asian country, sweeping away residents and leaving communities buried in mud, authorities said Monday. An additional 171 people are missing, Philippine National Disaster Risk Reduction and Management Council (NDRRMC) spokeswoman Mina Marasigan told a news conference. Officials have given conflicting death tolls since the storm ravaged towns and displaced thousands. The spokeswoman said there may be higher counts elsewhere but they are still unconfirmed and unverified.Over 20,000 families are being housed in evacuation centers, and a further 16,500 families are sheltering with relatives, according to a NDRRMC news briefing.Search, rescue and retrieval operations have continued over the weekend and into Christmas Day, with 500 teams comprised of almost 4,000 individuals from various agencies involved. The end of the year is an active time for storms in the Philippines. In November 2013, Typhoon Haiyan, considered by some to be among the strongest storms in recent years to make landfall, claimed over 6,000 lives. 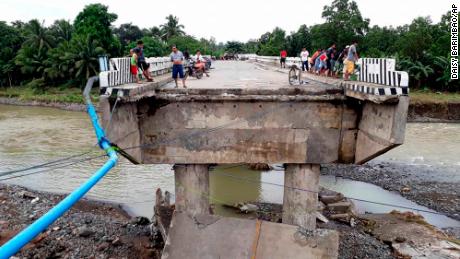 The current storm left the Philippine Area of Responsibility (PAR) Sunday, and has made landfall in southern Vietnam. It is now a weak typhoon, with 120 km/h (75 mph) sustained winds, according to CNN meteorologist Pedram Javaheri. It is expected to continue to weaken rapidly over the region, moving into southern Cambodia and then Thailand over the next 24 hours.

Elsewhere in the Philippines, 37 people died in a shopping mall fire that broke out Saturday in the city of Davao. All 37 were call center agents working for Research Now Survey Sampling International (SSI), a business processing outsourcing company based in the mall, company and city officials said. 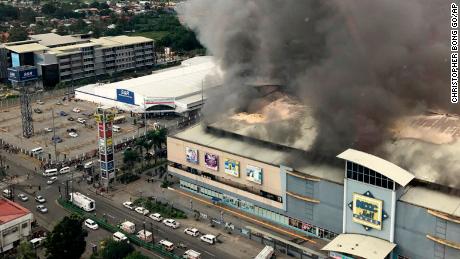 "This terrible tragedy has left us with heavy hearts," CEO Gary S. Laben said in a statement. "We offer our condolences and prayers to the families and loved ones of the victims."President Rodrigo Duterte visited the relatives of the victims of the fire Sunday. The president was formerly mayor of Davao City; the current administrator is his daughter. 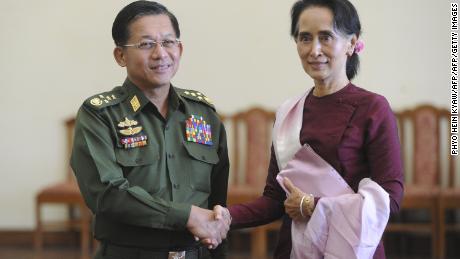