Authorities in the city of Kasur in eastern Punjab province announced the detention of a 24-year-old man, named only as Imran, in connection with the killing of Zainab and a number of other girls. "The entire country was praying to catch this killer, and now in front of the entire nation with a grieving heart but with confidence I can say that Zainab's killer has been arrested," Punjab Chief Minister Shehbaz Sharif announced at a press conference in Lahore Tuesday. Sharif said Imran's DNA was a match with samples found on Zainab's body, which was dumped in garbage about 100 meters (328 feet) from her home. She appeared to have been raped, he said.Sharif said authorities had profiled 1,150 DNA samples and were confident they had caught the girl's killer. "There is a 100% DNA match with the killer," Sharif said. "We did a polygraph test, there is a 5% chance you can miss the target, but the DNA is a 100% test correct." Before the arrest, Pakistani authorities said they suspected a serial killer between the ages of 25 and 35 may have been responsible for murdering Zainab. Sharif said the suspect was accused of seven other attacks. He did not specify how many of them died but CNN understands from family members that that at least four were killed. 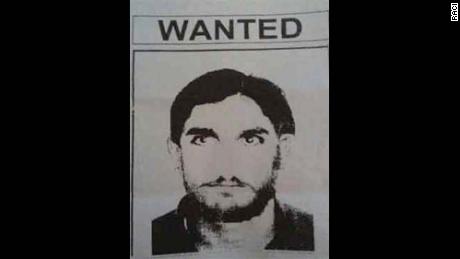 Zainab disappeared earlier this month in the northeastern Paksitani district of Kansur after being taken near her home. After authorities found her, an autopsy confirmed she had been strangled and suggested she had been sexually assaulted, the medical officer who carried out the examination, Dr. Quratulain Atique, told CNN.Zainab's face bore torture marks and her tongue was crushed between her teeth, Atique said. 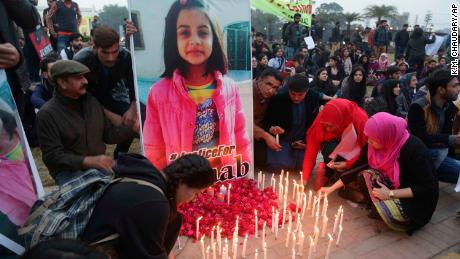 The community has since been living in fear and has accused police of mishandling the crises. Anger due to the slow response from authorities kicked off massive, deadly protests.Sharif responded earlier this month by offering a 10 million Pakistani rupee bounty (over $90,000) for anyone who could help identify those responsible. Acknowledging protests in the wake of Zainab's death, Sharif said: "I know that this situation was politicized. I beg everyone that such fragile, sensitive, heart breaking stories shouldn't be politicized."When asked about the accusations that police failed to act on previous attacks on girls in Kasur, Sharif said: "I agree that there should be accountability for the previous seven girls who were attacked by this serial killer and rapist. Those families will all get justice.""I'm going to constitute a legal committee to assist those other families as well."Zainab's father, Muhammad Amin Ansari, thanked all those who helped make the arrest in connection with his daughter's death, adding that he was in Saudi Arabia on pilgrimage when he found out Zainab had vanished. "Two to three days later I found out that she had been murdered. I want to thank all agencies who have helped in arresting the killer," he said at the press conference.Kasur district was previously at the center of a child sexual abuse scandal in which a gang of up to 25 men was accused of blackmailing scores of children into making sex videos between 2009 and 2014. The abuse was uncovered in 2015 and a number of suspects were arrested.