The harmful practice which violates human rights is done intentionally to alter and cause injury to a female's genital organ for non-medical reasons. It is a form of subjugation, and it has affected over 200 million women and girls around the world.But unlike many other forms of violence and discrimination, FGM is one where great progress has been made over the past few decades. It has now been outlawed in 26 out of the 29 African countries on the continent in which it is centered.In January, Liberia was the latest country to introduce a ban – albeit for only one year and girls under 18. I hope that this ban will be made permanent and strengthened by the new president, George Weah, so that it can be outlawed for all Liberian women.Liberia follows the positive momentum of 2015 when FGM was banned in both Nigeria and The Gambia.
Somaliland has just declared a fatwa on FGM, a very encouraging step towards a total ban on this human rights abuse with a prevalence rate of 98% – the highest in the worldFebruary 6th, is International Day of Zero Tolerance to FGM. This African-led initiative is stronger than ever and the day presents a moment to reflect on what should happen next if we are to achieve Global Goal 5 – which calls for an end to FGM by 2030.Although many front line groups are having a major impact, population growth in many affected countries means that all work needs to be scaled up. The harsh truth is that unless we accelerate efforts and increase funding to end FGM – particularly to grassroots groups like the Tasaru Rescue Center and the Galkayo Center – we are not going to be able to end it anytime soon.I have spent decades supporting efforts to end FGM and all forms of violence against women and girls. What was once a taboo subject no one dared to speak of is now out.Despite increased levels of awareness and the strides that many countries have made – usually due to the hard work of front line groups – funding to end FGM has been minimal.In 2013 the UK's Department for International Development (DfID) made the biggest ever financial commitment to end FGM with £35m.Despite this, little funding has reached grassroots groups that are leading the change.Development Initiatives estimated in 2016 that less than 2% of international aid actually reaches the front lines. For FGM this is likely to be even less. 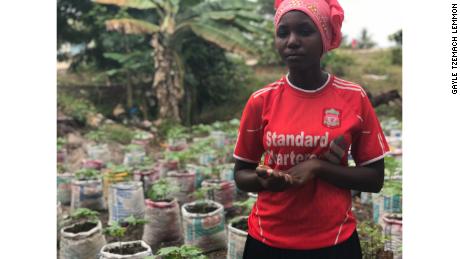 Instead, management consultancies and international organizations have benefited from these funds while local anti-FGM campaigners have been largely left out.This rather colonial approach has meant that we have missed many opportunities for those on the front line – who know best how to end FGM – to build their organizations alongside their level of impact.To help redress this funding imbalance I set up Donor Direct Action in 2011. We recently launched the Efua Dorkenoo Fund to End FGM, named after the legendary activist Efua Dorkenoo OBE, who first brought attention to the practice decades ago and made it her life's work to elevate the issue on the international stage.Partners Efua Dorkenoo introduced me to Agnes Pareyio, founder of the Tasaru Rescue Center in Kenya and Hawa Aden Mohamed, who founded the Galkayo Center in Somalia.They have been building the movement for change from the roots up. Both women are FGM survivors who have spent their lives committed to protecting girls at risk. It is brave and often thankless work. By challenging traditions both have also had to face enormous levels of risk and abuse. But they have saved many lives and are still making a change.Some countries have been more successful than others in reducing FGM prevalence.Kenya is leading the way globally and over a 30-year period,national surveys show that FGM rates has reduced from 41% to 11% in the East African country- an incredible success considering the high levels of resistance faced by local campaigners.Over a similar period, Liberia reduced the harmful practice from 72% to 31%; Burkina Faso from 89% to 58%; and Egypt from 97% to 70%.Unsurprisingly, alongside government inaction on the issue, efforts by anti-FGM campaigners in Sudan, Sierra Leone and Mali have shown far less success.

'Not just an African issue'

FGM is not just an African issue. It is found in Indonesia, Malaysia, India, Pakistan, Colombia and Singapore. And over 500,000 women and girls have been affected in both the European Union and the United States. 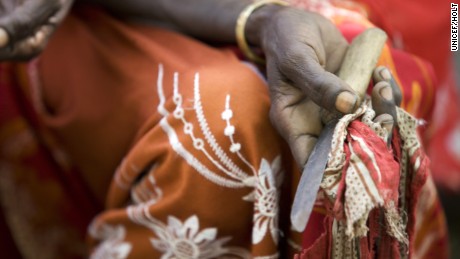 Shocking figures released in 2016 for Indonesia shows that about 60 million women and girls have been affected by FGM – almost half of the country's female population. Nobody knows the full scale of this issue around the world as we have yet to see accurate statistics for many other countries where we know the practice continues to exist – not to mention those territories where it is hidden.FGM has no health benefits. Rather it can cause drastic immediate complications, even death through hemorrhage or infection.In the longer term, a girl or woman who has been cut potentially faces a lifetime of health and psychological consequences.Although sometimes thought to be mandated by religion, FGM is not mentioned in any major religious texts and pre-dates contemporary religions.Around the world,educational efforts have created an awareness that makes it possible to imagine that it could end altogether. We know what works. We know what doesn't.What remains is convincing international donors to change their archaic patterns of funding and really trust these women at the grassroots, who have done so much – and can do so much more to help protect the 30 million girls at risk this decade alone – girls who will hopefully never have to face this horrific abuse of their bodily integrity.