Security forces have continued their nationwide crackdown on safe houses and individuals believed to be affiliated with the Islamic State. Several raids were carried out this past week, resulting in at least twenty-five individuals believed to have Islamic State affiliations having been detained. The majority of which have been described as foreigners.

Security forces also continued their long-standing nationwide crackdown on safe houses and on individuals believed to be affiliated with the Kurdish political and/or militant opposition. Several raids were carried out this past week, resulting in at least thirty five arrests. Along with these arrests, the security forces have also been increasing their operational tempo against members from political groups of socialist/communist leanings, which are often affiliated to some degree with Kurdish nationalist movements. The Turkish state has elected to label such groups as the Revolutionary People’s Liberation Party-Front (DHKP-C) as having terrorist affiliations.

The Turkish military incursion into Kurdish controlled enclaves in Syria, which began on January 19th, is still ongoing. Turkey and its backed militia groups face fierce resistance from members of various battle hardened Kurdish militias, not least of which is the People’s Protection Units (YPG). The YPG claims to have repelled a number of Turkish-backed offensives against Kurdish lines.

On February 12th the YPG claimed to have downed a Turkish armed drone which was operating over the Afrin Canton. The YPG released a video that showed the charred remains of what is described as the drone. The group did not specify what weaponry was used. The Turkish government has yet to acknowledge, or deny the incident.

On February 18th, Syrian state-affiliated media began reporting that the Syrian government has decided to enter the fray – ostensibly on the Kurdish side for the time being – to defend Syrian national integrity. Pro-Damascus militia and Syrian Arab Army (SAA) units have amassed in the northwestern Syrian areas outside of the Afrin Canton. No official statement has yet been released, but the regional rumor mill – including reports from the diplomatic corps out of Amman, Jordan, indicate that the Syrian government intends to begin overt activities within the coming days.

Security forces continue their operations against the Muslim Brotherhood (MB), and associated organizations, throughout the country. In the past week several raids have been conducted against believed safe houses and individuals with alleged MB affiliations. According to reports, the raids have resulted in at least two individuals killed, and a further twenty individuals arrested.

Security operations continue along the Egyptian-Libyan border area with the Egyptian Air Force striking Salafist-Jihadist groups convoys crossing from Libya to Egypt. The border land, on the Libyan side, has become a haven for emerging new militia groups, including the al Qaeda-linked group Ansar al-Islam.

Air Force assets engaged and destroyed a convoy consisting of four SUVs which were traveling at speed. The SUVs were “seeking to enter” Egypt, according to a statement by the Ministry of Defense (MoD). The air assets were launched from a nearby Air Force base after the Egyptian military had received intelligence reports that a militant arms shipment operation was being carried out in the area. All four vehicles in the convoy were destroyed.

Three vehicles refused to stop at a military checkpoint along the Desert Road, near al-Idwah. The military engaged the vehicles with small arms fire, which was returned by at least one passenger inside one of the vehicles. All individuals inside the vehicles were permanently disabled. At least one of the individuals are described as being a Sudanese national. Local news coverage implies that the convoy was involved in an illicit smuggling operation at the time.

The Shi’a al Houthi militia in Yemen continues to send ballistic missiles aimed at population centers in Saudi Arabia. The majority of incoming missiles are reportedly shot down by the Saudi surface-to-air system (SAM), operated by the Royal Saudi Air Defense forces, which consists primarily of a series of US provided MIM-104 Patriot systems. The al Houthi tend to utilize variations of Soviet-era designed ballistic missile systems. One such example is the Qaher-1 missile, which is an improved variation of the Soviet SA-2 short to medium range ballistic missile design. No civilian casualties were reported this week in relation to al Houthi shelling.

The Saudi Ministry of Health (MoH) has stated that it had detected three new cases of the Middle East Respiratory Syndrome Coronavirus (MERS-CoV) between February 12th and February 17th.

Pakistan will be sending troops to Saudi Arabia for training and advisory missions. The exact nature or scope of the missions has not yet been divulged. Based on Pakistani communications on the matter, it appears that the troops sent will result in a new Saudi-led coalition that might come to reinforce operations in Yemen.

In January, 2018, the US carried out ten air-to-ground strikes, this according to a press release by US Central Command (CENTCOM). The primary targets for these strikes, as stated in the press release, were Islamic State affiliated and al Qaeda in the Arabian Peninsula (AQAP) members and groups.

A report by the United Nations Human Rights watchgroup states that the Saudi-led military coalitions air to ground assaults in Yemen killed 136 civilians and non-combatants between December 6th, 2017 and December 18th, 2017.

The Iranian Central Bank (CBI) has announced that it will be issuing foreign currency bonds beginning March. CBI Governor Valiollah Seif stated in an interview with the Iran-state affiliated IRNA agency that further details will be unveiled within the coming two weeks.

Seif noted that the National Iranian Oil Company is also planning to issue foreign currency bonds of its own, which will take place when the permits are granted. The currency bond announcement comes in light of the Iranian rial having dropped to 46,500 against the dollar in late January, from 37,700 in mid-2017. The CBI feared that it might reach the critical threshold of 48,000, and began heavy interventions which forced it to 46,680 – where it is currently being, artificially, held. 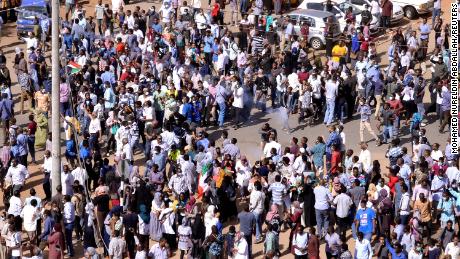