President Donald Trump announced in Singapore that the US would suspend "war games" with South Korea and Japan, taking Seoul, Tokyo, lawmakers and parts of the US military by surprise. 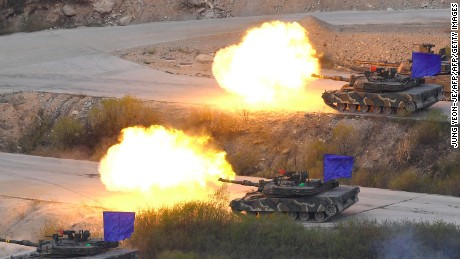 "In my previous capacity, I spoke very strongly about the need to continue military exercises, most notably in 2017," Harris said at his nomination hearing before the Senate Foreign Relations Committee on Thursday. But he noted that, "we were in a different place in 2017. North Korea was launching missiles … if war wasn't imminent, it was likely.""Today, following the summit, we are in a dramatically different place," said Harris, a former commander of Pacific Command who was an admiral when he left the Navy. "The whole landscape has shifted. I believe we should give exercises, major exercises, a pause to see if Kim Jong Un is in fact serious about his part of the negotiations." He added that, "I've spoken in the past about the need to bring Kim Jong Un to his senses and not to his knees."

"We have to continue to worry"

Harris added that, "for the first time in my career we're in a place where peace is a possibility. We can be hopeful, we can be optimistic as long as we are realistic as well," he said, stressing that sanctions pressure on North Korea should not be lifted. The summit in Singapore "wasn't designed to solve all issues at once, but to be a starting point to start serious negotiations," Harris said, meant "to establish the modalities for what a complete verifiable irreversible denuclearization means and how we're going to go about that." Sen. Bob Menendez, the ranking Democrat on the Senate Foreign Relations Committee, asked Harris whether North Korea is still a nuclear threat. Trump declared on Twitter that the country was no longer a nuclear threat and that the US is safer in the wake of his summit meeting with the North Korean leader, but Menendez noted Pyongyang still retains its missiles, its command of the nuclear fissile process and other capabilities. 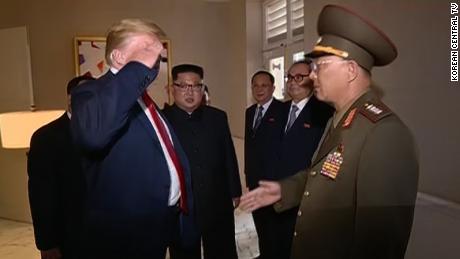 "We have to continue to worry about that," Harris said. He noted that the US installed an anti-missile system in South Korea "because of the threat from North Korea… it's based solely on the ballistic missile threat from North Korea." Harris was also asked about language Trump has used, describing the military exercises as "war games" and calling them "provocative," as China and North Korea do."I would call them major exercises," Harris said. And asked if they were provocative, Harris said, "they are certainly of concern to North Korea and to China, but we do them in order to exercise our ability to work and interoperate with our South Korean allies." Harris said his understanding is that regular training and readiness and service-related exercises would continue, "but I don't know that for a fact," he said, adding that would be a decision for the administration and the Pentagon. Harris stressed that even if some exercises are paused temporarily, "our alliance commitments to South Korea remain and are ironclad," but added that, "we do need to create some breathing space for the negotiations to continue."Staying diplomatically aligned with South Korea is also crucial, Harris said in response to questions from Republican Sen. Marco Rubio of Florida, who raised concerns about China trying to divide the US and South Korea.It is important that the US stays "synchronized and aligned with our ally in South Korea," Harris said, and that "decisions that we make are alliance decisions, decisions are made with our South Korean ally and not made unilaterally. And they need to make their decisions based on the alliance as well." Harris said the administration was committed to continuing sanctions against North Korea until it sees clear evidence that the regime is acting on denuclearization. "The maximum pressure campaign that was led by the State Department and the enforcement of UN sanctions, and pretty harsh enforcement of sanctions by many countries … is what brought Km Jong Un to the negotiating table in Singapore," Harris said.

"We need to maintain those sanctions until there's some concrete demonstration" that North Korea is moving toward denuclearization, Harris added. He said that, to him, "denuclearization" means the "complete denuclearization" of all equipment, stockpiles, and the means to deliver weapons. And he said he wasn't sure yet what the benchmark should be for declaring that North Korea was acting in good faith and making progress. "I don't know where along that timeline to complete denuclearization we should start to relax those sanctions," Harris said, adding that it would certainly be part of the negotiations and deliberations here in Washington.Harris expressed concern about pressure from China. "I am concerned that China is starting to relax sanctions and they want further relaxation of sanctions by all the parties," he said. That shouldn't happen "until we come to the point that we can believe that Kim Jong Un is serious about negotiations." That point, Harris said, should come within a year. Noting that North Korea has a history of playing out talks while it pockets concessions — a hallmark of talks in 1994, 2005 and 2012 — Harris said he thinks Trump is "spot on when he says he's not going to wait that long" and that he'll know within a year … the seriousness with which Kim Jong Un approaches this deal."