The United States will place a 25% tariff on another $16 billion of Chinese goods Thursday and China is expected to respond with a 25% tariff on an equal amount of American exports.It's the second round of tariffs imposed by the two countries this year. A total of $50 billion of goods on each side will be taxed as of Thursday. The Trump Administration started the process in March, aiming to punish China for what it says are unfair trade practices, such as stealing intellectual property. Beijing has responded with retaliatory tariffs. The new tariff will hit 279 Chinese products, including chemical products, motorcycles, speedometers and antennas. The Chinese tariff will hit American goods including chemical items and diesel fuel.About 80 companies and industry groups testified in July before the US Trade Representative's Office about the $16 billion in tariffs.Many said the tax would hurt their business, and they would not be able to absorb a 25% tariff without raising prices on American consumers. Representatives from the motorcycle industry, electric bicycle makers, food equipment manufacturers, and chemical companiesoppose this round of tariffs. So does the CEO of Purolite, a company that imports chemicals used to purify water. He warned that tariffs on those chemicals could reduce an already short supply. 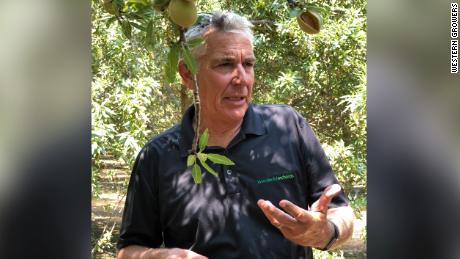 "By further reducing the supply of these products in the United States, the proposed tariffs threaten higher prices for US consumers and a higher level of contaminants in American drinking water, food chain, waste water, and chemicals," said CEO Stefan Brodie at the hearing last month. But other companies said they wanted items added to the list. The president of Southwire, an electrical wire, cable and cord manufacturer, said tariffs on certain cables would allow the company to remain profitable."The Chinese government has engaged in a series of policies designed to promote exports of these products and enable Chinese producers to capture significant global market share," said president Charlie Murrah at the hearing.Trade talks continued this week between mid-level officials in Washington, but President Donald Trump does not "anticipate much" from the discussion, he said in an interview with Reuters on Monday. There could be more tariffs to come. The United States has threatened a 25% tariff on an additional $200 billion of Chinese goods. Beijing has said it would respond by slapping a tariff on another $60 billion of American goods. It's harder for China to match this latest threat dollar-for-dollar because the United States exports far less to China.The US Trade Representative's Office is holding hearings this week on what would be a third round of tariffs imposed on Chinese goods this year. -Donna Borak, Julia Horowitz, Jethro Mullen, and Charles Riley contributed reporting.