France and its five Sahel partners in Western Africa agreed Monday to step up their military cooperation to combat the jihadist insurgency threatening the region, agreeing to place their forces under one umbrella, known as the Coalition for the Sahel.

Click on the player above to watch the summit's press conference live at 8pm Paris time (GMT+1).

In a joint statement following talks in the French city of Pau, the leaders of France, Niger, Mali, Burkina Faso, Chad and Mauritania said they would concentrate their efforts on battling the so-called Islamic State in the Greater Sahara.

The six leaders also said they hoped the United States would maintain its "crucial support" in combating the Islamist extremists, after a top US general confirmed Monday that the Pentagon was weighing a troop reduction in Africa.

Hosting the summit, President Emmanuel Macron said France would commit an extra 220 soldiers to the anti-jihadist fight, after agreeing to create a joint command structure with regional states.

"We have no choice. We need results," the French president told a press conference after the summit.

In their statement, Macron's West African counterparts "expressed their desire for France's continued engagement in the Sahel, and urged a greater international presence at their side."

Macron had insisted the Sahel leaders use the occasion to express public support for France's military presence – by far the largest foreign contribution to the fight against African jihadists aligned to al Qaeda and the Islamic State group.

Visiting the region last month, Macron complained of a lack of "clear political condemnation of anti-French feelings" on the ground.

Despite the French presence and a 13,000-strong UN peacekeeping force dubbed MINUSMA in Mali, the conflict that erupted in the north of that country in 2012 has since spread to its neighbours, especially Burkina Faso and Niger.

Jihadist fighters have recently stepped up their campaign against military and civilian targets, and earlier this month, UN chief Antonio Guterres warned that "terrorist groups are gaining ground".

The Pau meeting was postponed from December after a jihadist attack claimed the lives of 71 Niger soldiers. And last Thursday another attack by jihadists left 89 Niger soldiers dead.

Chronicle of a nine-month offensive to seize Libya’s capital 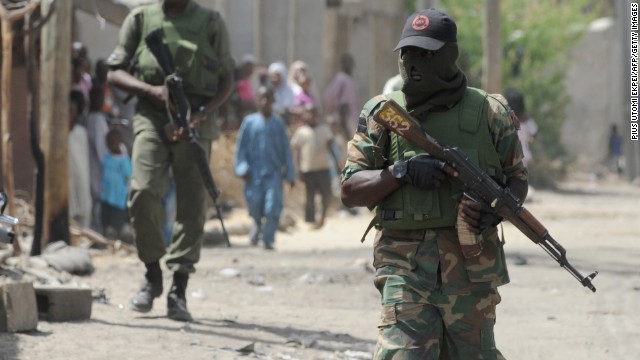