WASHINGTON: Having torched United States relations with a host of countries in Europe, Middle-East, Latin America, and Asia, President Donald Trump may be looking at an India visit to salvage his foreign policy legacy in the final months of his first-term presidency during an election year.
A Trump Presidential trip to India has long been on the cards (he has visited India before on business trips) with a pending invitation from Prime Minister Modi. Discussions are said to be underway for a February sortie, subject to domestic developments in Washington relating to the impeachment trial. The US President is in any case a fickle traveler prone to cancel visits at the last moment out of whim or pique about some perceived shortcoming, often to do with real estate.
Trump famously scrapped a scheduled visit to Denmark last year because the countrys prime minister expressed disdain for his idea of buying Greenland, and in January 2018 he scrubbed a ceremonial visit to Britain because he was upset about the US embassy selling an older location and moving to a new building in south London — an area described by Trump as an “off location.”
He also canceled his first trip to Latin America as president in April 2018 and a visit to the World Economic Forum in Davos, Switzerland, earlier that year because of domestic issues, including a government shutdown and a showdown with Democrats.
India may be a different deal given that there is little daylight between Washington and New Delhi over strategic and security matters notwithstanding differences on trade issues. But the Modi government may still be faced with how to appease a President who is famously demanding in keeping with his belief that the world is ripping off the United States and his America First policy. An expected trade deal is still in the works after many months of negotiations.
On the flip side, a recent survey shows that India is one of the few countries in the world having confidence in Trump even though he receives the most negative marks worldwide among five major global leaders. A Pew research survey released last week showed 56 per cent of people polled in India expressing confidence in Trump, next only to approval he received in Philippines (77 per cent), Israel (71 per cent), Kenya (65 per cent), and Nigeria (58 per cent).
Trump too has invested in the India relations from the get-go, starting with declaring that he is “a big fan of Hindu and India” during his election campaign, to attending an unprecedented rally by a foreign leader on American soil.
US officials say the President still talks admiringly about the “Howdy Modi” rally with visitors, including with recent Oval Office callers, external affairs minister S Jaishankar and defence minister Rajnath Singh), and is excited about the idea of an India visit if it brings enough dividends.
While one has to wonder if this could result in a return Trump rally in New Delhi, the more substantive focus will be on the business side of the relationship. India isRead More – Source

Whatever pleas they file, we are ready to face them: Nirbhaya’s mother 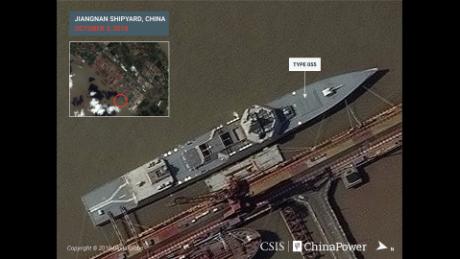