NEW DELHI: A group of Indian scholars and academics from across the country on Sunday came out in support of IIT-Guwahati professor Arupjyoti Saikia, who was yesterday questioned by the National Investigative Agency (NIA).
Saying that professor Saikia is one countrys "most distinguished and respected historians," the academics said that his questioning by the NIA is "deeply distressing."
The group said, "The author most recently of a landmark history of the Brahmaputra River, has also written significant works on forest and agrarian history. For his contributions to scholarship, professor Saikia is hugely admired, indeed venerated, in his native Assam. He also has a very high reputation nationally and even internationally, with his scholarship recognized by a prestigious fellowship from the Yale University."
They said that professor Saikia is an adornment to the literary and intellectual world of Assam and of India.
"He is also an individual of high moral character; gentle, soft-spoken, and utterly non-violent. His devotion to his students at IIT-Guwahati is exemplary," the statement read.
The group of scholars and academics urged that the NIA treat him with the "dignity and respect" that he deserves, and allow him to continue his professional work unimpeded.
On his questioning, Saikia's counsel Santanu Borthakur said that the professor was sent a 'witness summon' by the NIA under section 160 CrPC to appear before them.
According to his counsel, Saikia was summoned in connection with a case against Akhil Gogoi. Gogoi was booked for alleged Maoist links when he was heading the anti-CAA protests.
Professor Saikia teaches history at IIT-Guwahati.
Saikia was a close aide of Akhil and an acclaimed author who has several publications under his name, primarily focusing on his research interest- economic, environmental and political history of modern Assam.
NIA sleuths quizzed Saikia in its Guwahati office for nearly four hours on Saturday and was later allowed to go home.
Saikia's counsel said, "The NIA questioned him (Saikia) and recorded his statement. He has been called again for interrogation on Monday."
Borthakur said that Read More – Source 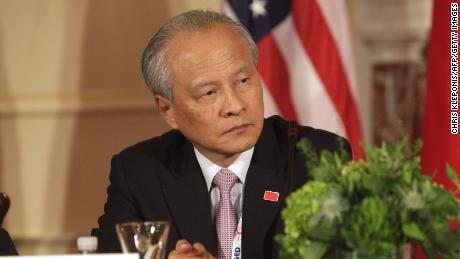