The 34-year-old singer was shot by unknown gunmen in Addis Ababa on Monday, sparking demonstrations in the capital that have spread to several towns in the Oromia region of the country.Three police officers and 78 civilians, including an unnamed uncle of the musician, were among those killed during the "mayhem" in the town of Ambo, Oromia region police commissioner, Bedesa Merdasa said in a press conference broadcast on state media on Wednesday.Thirty-five people were also arrested during the protests, including prominent Oromo political activist Jawar Mohammed, federal police commissioner Endeshaw Tasew said on Tuesday night.Jawar is a former ally of Prime Minister Abiy Ahmed, who is also an Oromo, but has become a critic of the government. He was held during a standoff between police and protesters who were tryng to stop Hachula's corpse from leaving the capital, according to Tasew. Journalist Eskinder Nega was also arrested, Tasew said, giving few details.The motive of Hachalu's killing remains unclear but an investigation is underway and several suspects have been arrested, the police commissioner said. Reaction to his death has spread as far as the United States. Ethiopians in Minnesota gathered and wove their country's flags in demonstration on Wednesday. 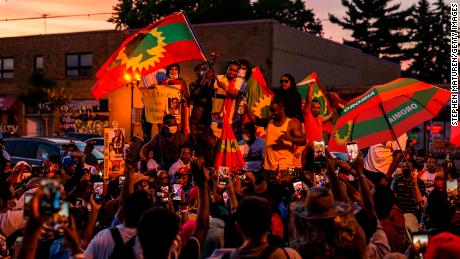 Who was Hachalu Hundessa?

Hachalu, a legendary figure in the Oromo ethnic group, was part of that movement and 2015 protests that eventually led to political reforms in Ethiopia in 2018. His songs highlighted frustrations of people in Oromia, where people have often complained of being marginalized politically; his music was the undertone for the campaign for political reforms that eventually saw the end of the previous administration. By Thursday, protests in the capital Addis Ababa had largely subsided as military troops patrolled the deserted streets in the city. Hachalu was laid to rest in a brief, private ceremony in his hometown of Ambo in the Oromia region on Thursday, local broadcast media reported. 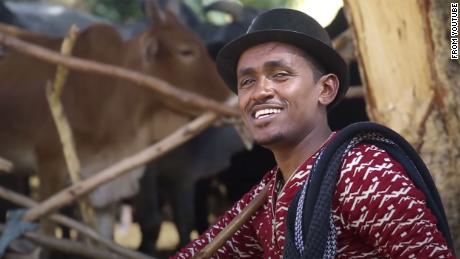 Internet watchdog Netblocks, which tracks connectivity in the country, said internet was shut down across Ethiopia for the third day, according to CEO Alp Toker Thursday morning."The general population are offline…which is quite significant and people do relay on the internet especially during the time of crisis. At this moment there is this information blackout," TokRead More – Source

Nigerian Instagram star flaunted lavish lifestyle but was actually conspiring to launder hundreds of millions of dollars, US prosecutors say