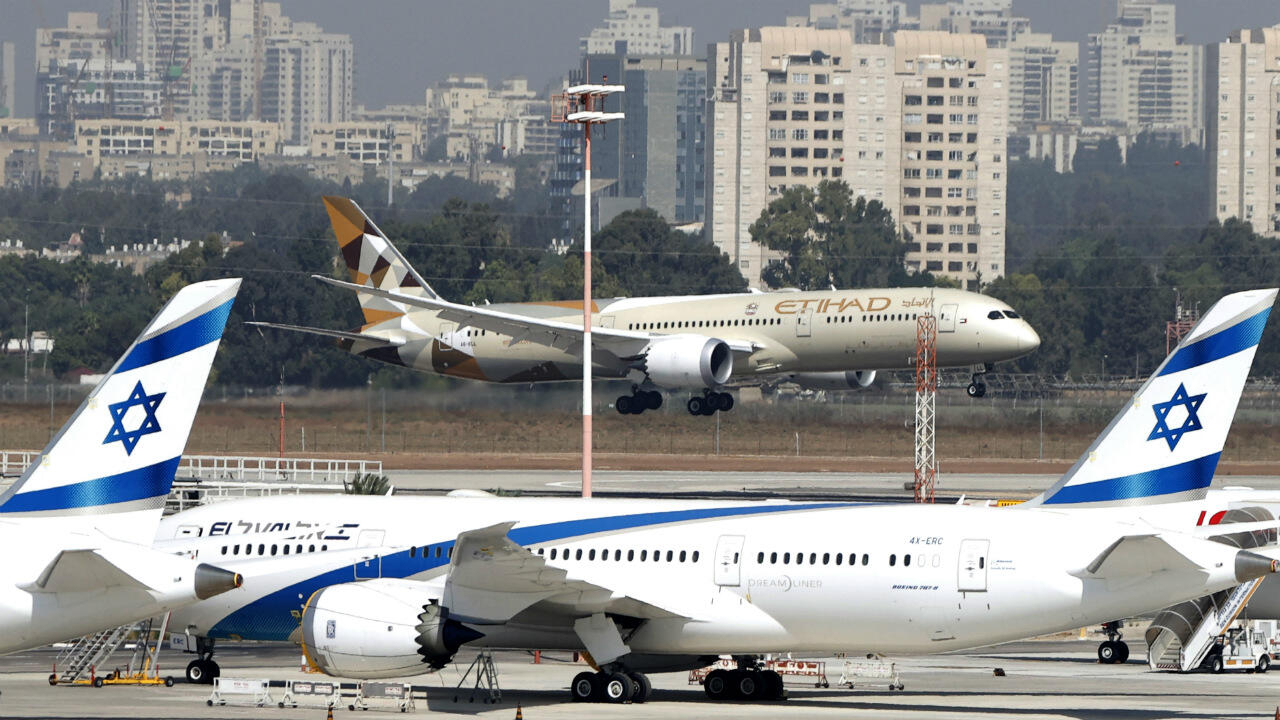 In an historic first visit by a Gulf Arab nation, a United Arab Emirates delegation arrived in Israel on Tuesday to cement the normalisation deal signed last month.

"We are making history in a way that will stand for generations," Netanyahu said.

"I think that the visit of such a high level delegation from the UAE… will show our peoples, the region and the entire world the benefit of having friendly, peaceful and normal exchanges."

The UAE and fellow Gulf state Bahrain in September became the first Arab states in a quarter of a century to sign deals to establish formal ties with Israel.

The deals, brokered by U.S. President Donald Trump, were forged largely over shared fears of Iran and Washington and its allies have said they would foster regional peace and stability. But they have prompted anger from the Palestinians.

Wasel Abu Youssef, a member of the Executive Committee of the Palestine Liberation Organization, described Tuesday's UAE visit as "shameful".

Speaking in Ramallah, in the Israeli-occupied West Bank, he said it came amid Israeli settlement expansion in the West Bank.

"The bilateral agreements that were announced today and the delegations that come and go, all of that offers the occupation a strength to escalate its aggression and its crimes against the Palestinian people and increases its intransigence and arrogance," he said.

In Gaza, Hazem Qassem, a spokesman for the Islamist group Hamas, said: "Such a visit will only encourage the occupation to pursue the gradual annexation of West Bank lands," he added.

The five-hour visit would be restricted to the airport near Tel Aviv, due to coronavirus concerns, Israeli organisers sRead More – Source