The Saudi-led Islamic Military Counter Terrorism Coalition (IMCTC) was established in 2015 amid criticism that Arab states were not doing enough to fight ISIS. The group's first meeting came in the wake of Friday's deadly attack on a Sufi mosque in Egypt's northern Sinai, which killed more than 300 people, including 27 children, according to the Egyptian state prosecutor."I express today our condolences to our brothers in Egypt, as a leadership and people, for what happened in the past days," Prince bin Salman said at Sunday's meeting of defense ministers in the Saudi capital of Riyadh, Al Arabiya reported. "We will not allow them (terrorists) to distort our peaceful religion. Today we are sending a strong message that we are working together to fight terrorism," he said, according to the group's statement. "Today we affirm that we will pursue terrorism until it is eradicated completely."The coalition, which has some 40 members, does not include Saudi Arabia's archrival Iran. In recent weeks, the Kingdom has exercised a more assertive regional foreign policy, ratcheting up its military campaign in Yemen and taking a more aggressive stance against the Iranian-backed militant group Hezbollah in Lebanon. 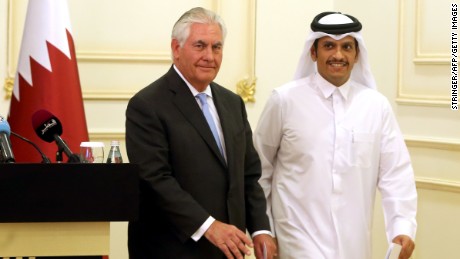 Qatar, a member of the coalition, was also noticeably absent. The IMCTC's Secretary General Abdulelah al-Saleh said the country was not invited to the meeting in order to build consensus between member countries, Reuters reported. A Saudi-led quartet of Arab countries placed an embargo on Qatar in June, accusing the tiny Gulf country of supporting terrorism. Qatar firmly denies the allegations.