Palestinians had hoped that 2017, the year that marked the centenary of the Balfour Declaration, 70 years since the Nakba and 50 years since the Israeli occupation of the West Bank, East Jerusalem and Gaza, would bring them an apology from the UK for Balfour and recognition by the world that the injustice which they have suffered for so long should come to an end soon.

Those hopes were dashed.

What if Wales had been offered to the Jews as homeland?

Instead of an apology, Britain expressed great pride in the part it had played in the creation of Israel and the silence of the international community was deafening.

As the Palestinians licked their wounds and once again raised the spectre of taking Israeli officials to the International Criminal Court (ICC), pressure came from the Arab countries to refrain from so doing. The Trump administration threatened to shut down the PLO Washington Office if the Palestinians went ahead with their ICC bid.

Palestinian President Mahmoud Abbas was summoned to Riyadh to be told in no uncertain terms that he either accepts the peace deal being formulated by the Trump administration or resigns.

It seems that the annus horribilis 2017 might be ending on a worse note for the Palestinians. Speculation is rife that "another declaration" is in the making.

According to several media reports, the US president is likely to issue what might be called the "Trump Declaration", that the US recognises Jerusalem as the capital of Israel. There is only one other state that considers it to be that, Israel.

In doing so, Trump will "hand" the city, holy to the three monolithic religions, over to an extremist, settler colonialist state to call it its capital, in defiance of international law and the "international consensus on its status".

The Palestinians consider East Jerusalem to be their capital, which most states recognise as currently under illegal occupation.

In his speech to the AIPAC conference in 2015, Trump promised: "We will move the American embassy to the eternal capital of the Jewish people, Jerusalem." However, when provided with the opportunity to action the move in June, he decided not to.

He did this by a waiver that delays for six months implementation of the move. Trump followed in the footsteps of Bill Clinton, George W Bush and Barack Obama that have signed similar waivers (a total of 35 times) since both houses of Congress passed the Jerusalem Embassy Act of 1995 with overwhelming majorities.

As the next date for signing the waiver or sanctioning the embassy move approached, pressure mounted from Israel and the US pro-Israel lobby for Trump to deliver on his pre-election promise. His ambassador to Israel, David Friedman, is itching to be the first US ambassador to Israel to operate out of Jerusalem.

If Trump recognises Jerusalem, holy to the three monolithic religions, as Israel's capital, he will be handing the city over to an extremist, settler colonialist state (AFP)

Dore Gold, the former director general of the Israeli foreign ministry, told a congressional hearing on "the benefits and challenges of relocating" Israel's capital that "President Donald Trump has made a commitment in that regard and I believe he will stand by what he has said," referring to Trump's promise to move the embassy.

US Vice President Mike Pence raised hopes of a possible embassy move when he spoke at a gathering to commemorate the 70th anniversary of UN Resolution 181, which called for the partition of British Mandate Palestine into Jewish and Arab states.

He chose that occasion to announce that "President Donald Trump is actively considering when and how to move the American Embassy from Tel Aviv to Jerusalem".

If the speculation translates into reality, Trump may choose to recognise Jerusalem as Israel's capital, with some caveats, while once again postponing the actual move.

However, Trump is consistently unpredictable and he may go the whole way and declare in around 30-words perhaps: "As US President, I am proud to announce that I have decided to move the American embassy in Israel from Tel Aviv to Jerusalem, the eternal capital of the Jewish people."

He can argue that this is only one of many commitments made during the 2016 election campaign that he is now fulfilling.

What would be the reaction in Palestine, Israel and the rest of the world? Will it ignite the Palestinian, Arab and Muslim street? Will it bring a confrontation between Iran and Israel any closer?

Will this be the last straw for the Palestinian leadership? Will it trigger a severing of relations between the PLO and the US and even an implementation of the often raised threat of the PA dissolving itself and Mahmoud Abbas handing the keys to his Muqata'a headquarters to Benjamin Netanyahu?

Will the anger be directed at the US and its impulsive president, the occupying power Israel or the Palestinian Authority and its president? We live in such uncertain times that any of the above or a combination of them may be possible, when they would once have been discounted as impossible.

Trump's recognition of #Jerusalem as #Israeli capital despite the #UN resolutions would destroy all efforts made for peace. The #Annexation attempts and #settlements should be condemned not encouraged.#JerusalemAsUnitedCapitalOfIsrael

The Arab world, in a state of turmoil and with leadership in some countries moving to the next generation, has relegated the Palestinian issue behind the threat of Iran and the "fight against terror" and the ongoing chaos in a number of "Arab spring" locations.

The Palestinian Authority has already warned about the dire consequences that would result from such a move and President Abbas has been in contact with Arab and other world leaders requesting their support in dissuading Trump from this action.

He may have been reassured by the statement from Saudi Foreign Minister Adel Jubair, at a recent Mediterranean Dialogue event in Rome, that any change to the status of East Jerusalem would enrage the Arab world. However, the reported close relationship between Trump's son-in-law and adviser Jared Kushner and the Saudi Crown Prince Mohammed Bin Salman seems to be focused on heaping pressure on the Palestinians to concede ground rather than on Israel. If the price for US support for Saudi Arabia against Iran is conceding Jerusalem then would the young prince be able to resist?

Abbas has found support from most recipients of his calls but whether this will translate into sufficient pressure is questionable. Those Palestinians expecting a more robust response from Iran are likely to be disappointed.

The 193 countries that recognise Palestine are almost certain to reject the move. The EU is likely to dismiss the move and maintain its position with member states keeping their embassies in Tel Aviv and perhaps refusing to conduct business in a US Jerusalem embassy

However, some states which have sided with Israel in the UN General Assembly including Australia and Canada may be tempted to follow suit. In 2014, Australia’s Attorney General told the Senate that his country will no longer recognise East Jerusalem as "occupied", implying it is Israeli territory.

Early indications are that there will certainly be protests in Gaza and the West Bank but most Palestinians are unable to reach the US Embassy in Tel Aviv as they need permits to enter Israel which will not be forthcoming for this purpose.

#Trump to declare the occupying state of Israel #Jerusalem as the capital of Israel, is one vital proof that Israel is just an occuping state.The well of the palestinians in this is denied, their right is ignored! And the one who promised is niether #Palestinian nor owns the land

Those Palestinian citizens of Israel, who constitute a fifth of Israeli population, and other Israelis who see how problematic this is for long-term peace prospects, may reach the embassy but these protests are unlikely to be sustained.

This would pose a great challenge to Jerusalemite Palestinians who rose against the closure of Al-Aqsa mosque last summer, protesting peacefully until the holy site was reopened and the security measures Israel wanted to implement were removed.

They may protest outside the US Consulate in East Jerusalem but this is not going to be effective unless an organised campaign, that includes them, demands that Trump rescind his declaration gathers momentum and succeeds quickly.

Protests are therefore more likely to be virtual with "Twitter storms" and appropriate hashtags being shared, which would initially be successful in raising the issue but will not, in the end, change the decision.

If that is crossed, just what would Trump's "ultimate deal" actually offer? Leaks have indicated that Jerusalem and the right of return of refugees will be postponed but that Israeli settlements would remain and no settlers would be required to leave.

It seems that the time has come for him to take a leaf out of British Prime Minister Theresa May's famous Brexit policy that no deal is better than a bad deal and call it a day.

If it is to be "Black Wednesday" and Trump recognises Jerusalem as Israel's capital then it would surely be time for the PA to dissolve and for the Palestinians to develop their strategy for liberation and the attainment of their rights.

That is of course unless the PA has a "cunning" plan which Abbas is holding so close to his chest that he has not discussed with anyone, otherwise it would have been leaked.

– Kamel Hawwash is a British-Palestinian engineering professor based at the University of Birmingham and a longstanding campaigner for justice, especially for the Palestinian people. He is vice chair of the British Palestinian Policy Council (BPPC) and a member of the Executive Committee of the Palestine Solidarity Campaign (PSC). He appears regularly in the media as commentator on Middle East issues. He runs a blog at www.kamelhawwash.com and tweets at @kamelhawwash. He writes here in a personal capacity. 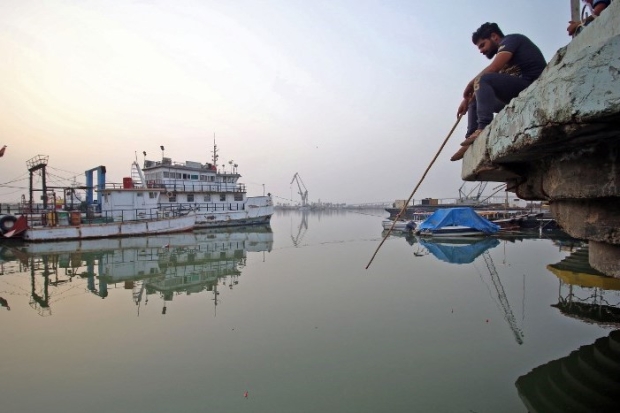