But the traditional crops of guava and avocado are making way for more popular produce: macadamia nuts. South Africa has swiftly become one of the world's leading producers of the nut. Production rose from 3,000 tons in 1996 to over 40,000 tons in 2015, and almost 4,000 hectares of new trees are added each year. The vast majority of the nuts are exported, and increasingly it is China that is fueling the boom, buying up 40% of the total haul according to China's National Industry Association (CSNC). Demand for macadamias has been particularly strong in the special administrative region of Hong Kong. "In the last seven years that we purchased macadamia nuts we have had growth of around 25% every year," Ben Chan, purchasing supervisor at Hong Kong-based retailer HK JEBN, told CNN. Such growth is welcome for South African farmers, but there are also concerns. Chinese buyers typically favor their nuts in shells, which are less profitable than in their processed form. Further, demand for imports could fall in the long-term. "There are some big challenges in China, one is they are planting a lot of macadamias themselves," says Jill Whyte, co-founder of one of South Africa's largest manufacturers Green Farms. "I think there is some over-reliance on the China market," says Barry Christie, operations manager of the Southern African Macadamia Growers' Association (SAMAC). "I believe as an industry we should expand and make sure that we don't become over-reliant." The solution may be further innovation to create new growth opportunities. Green Farms is targeting the lucrative ingredients market and supplies Haagen-Dazs and Nestle among other clients. "We believe (ingredients) are a huge area for growth in the industry," says Jill Whyte. "80% of almonds are sold into the ingredients industry and only 20% as a snack, and macadamias are the opposite so there is a huge opportunity." South Africa's macadamia boom looks set to continue for a while yet.

Macron: Auctions “a crime against humanity” 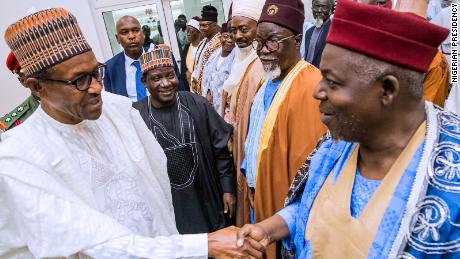