The announcement by Saudi Arabia and the United Arab Emirates (UAE) to establish a joint committee for cooperation and coordination "in all military, political, economic, trade and cultural fields" should not have come as a surprise to any GCC observer.

It formalises an already existing friendship between the two de facto rulers Mohammad bin Zayed (MbZ) of the UAE and Mohammad bin Salman (MbS) of Saudi Arabia – in a region where informal institutions and personal relationships matter more than formal ones.

The timing of the announcement, coming on the day of a Gulf Cooperation Council (GCC) Summit in Kuwait, is siginiciant. Few thought the summit could pave the way to regional reconciliation amid the worst Gulf crisis to date.

Not only was the joint Emirati-Saudi announcement an affront to the emir of Kuwait and his mediation efforts, but more significantly it was a calculated effort to derail the GCC summit and draw the curtain over the GCC.

Nonetheless, formal institutions in the Arab world do not dissolve, they are relegated to irrelevance – a fate that the GCC might soon share with the Arab League.

For years the GCC has not been more than a talking shop projecting a distorted image of cooperation and unity to the world. Although officially founded in 1981 to promote social, political and economic cohesion across the six Gulf monarchies, the organisation, according to Gulf expert George Gause, primarily served Saudi security interests built around paranoias of Iranian expansionism.

The "bromance" between MbS and MbZ not only sent shockwaves across the peninsula but also cemented a bilateral relationship based on mutual interests, values and more importantly, mutual narratives

As the regional hegemon on the Western shores of the Gulf, the kingdom of Al Saud dominated the other five small states of whom some had just recently been released into independence from Britain.

The balance of power in the GCC started to shift in the late 1980s and more apparently in the 1990s as particularly the Emirates and Qatar entered a phase of economic, social and political hyper-development.

Economic liberalisation fuelled with increasing hydrocarbon rents facilitated social liberalisation, setting both small states on course to quickly outperform Saudi Arabia, which despite its immense oil wealth had never been able to reform its failing rentier state en route to the 21st century.

Doha and Abu Dhabi emerged from the Saudi shadow presenting two alternative narratives for reform. In the Emirates, a young and ambitious prince MbZ would lay the foundation for what US Defence Secretary James Mattis would later call "Little Sparta"– a highly centralised, militarily strong state based on secularism and political authoritarianism.

Across the bay in Qatar, the crown prince and later emir, Hamad bin Khalifa, developed a different socio-political model – one based on socio-political pluralism and relative civil liberties. In pursuit of their ambitions both small states increasingly undermined the Saudi self-perception as the ideological and political hegemon of the Gulf.

The threaet of regime change 2.0 to GCC unity

Fast forward to 2011; the kingdom fiercely watched as waves of protest sweep across the Arab World toppling regimes and throwing the former powerhouses of the region into disarray.

In the meantime Qatar and the UAE had embarked on an increasingly confrontational regional policy trying to shape the outcomes of the Arab Spring according to their narratives: socio-political pluralism and authoritarianism respectively. Under late King Abdullah, Riyadh remained a passive bystander.

It was not until King Salman ascended the throne in 2015 that the increasingly sick man of the Gulf started to wake up.

Salman empowered his ambitious son MbS to induce a tectonic transformation in the kingdom trying to propel the medieval state into the post-hydrocarbon era.

The young prince found inspiration and mentoring across the border not in Doha but in Abu Dhabi where an almost omnipotent crown prince MbZ saw a chance to remodel the socially, economically and politically backward kingdom in the UAE's likeness.

In the past two years the "bromance" between MbS and MbZ not only sent shockwaves across the peninsula but also cemented a bilateral relationship based on mutual interests, values and more importantly, mutual narratives.

MbS embraced MbZ's vision of reform: Authoritarian liberalisation; or building a centralised, strong state able to non-consensually overturn social and political norms. With it came a common vision for the Middle East – one that favoured the myth of authoritarian stability over the voices of the Arab Spring calling for more socio-political pluralism and civil liberties.

The young Saudi prince jumped on Abu Dhabi's counterrevolutionary bandwagon aiming to restore an old order where authoritarian autocrats were able to fend off both Islamists and Iranian proxies.

A relic of a bygone era

What in the 1980s might have been a partnership between patron and protégé has developed into a relationship between equals. Within this new reality of the Gulf where Saudi finds it difficult to maintain its role as a primus inter pares, the UAE and Saudi can meet eye to eye embarking on foreign policy adventures in Yemen, Egypt or Libya.

Meanwhile, Qatar continued on its path of emancipation from Riyadh embracing narratives that run counter to those in Saudi Arabia. Kuwait and Oman have developed their own relationships with Tehran often to the discomfort of Saudi.

Bahrain on the other hand, due to the near default of its rentier state, has sold its sovereignty to the kingdom in return for bailouts – bailouts that might dry up soon if Saudi’s financial situation does not improve.

Hence, the GCC departed from cohesion and unity a long time ago. The joint uncompromising Emirati-Saudi stance on regional security has so far only been echoed by Saudi's vassal state Bahrain.

For the kingdom, the GCC does not fulfil its purpose anymore and appears as a relic of a bygone era of Saudi dominance. The once group of six envisaged by Riyadh to be integrated around a Saudi-dictated consensus has shrunk to a group of two and a half where MbZ is no longer a Saudi junior partner.

It is hard to imagine that this new alliance between Abu Dhabi and Riyadh will create an outsider problem in Kuwait, Doha or Muscat where new deals and commercial relationships might generate mutually beneficial outcomes based on more consensual integration – something that might prove to be more sustainable than the personal relationship between two hot-headed "visionaries".

– Andreas Krieg is an assistant professor at the Defence Studies Department of King's College London and a strategic risk consultant working for governmental and commercial clients in the Middle East. He recently published a book called Socio-Political Order and Security in the Arab World.

Photo: UAE Minister of Foreign Affairs and International Cooperation Abdullah bin Zayed Al-Nahyan (R) talks to reporters as he stands next to Saudi Foreign Minister Adel al-Jubeir, during a joint press conference with their Egyptian and Bahraini counterparts after their meeting in the Egyptian capital Cairo on 5 July 2017, discussing the Gulf diplomatic crisis with Qatar (AFP) 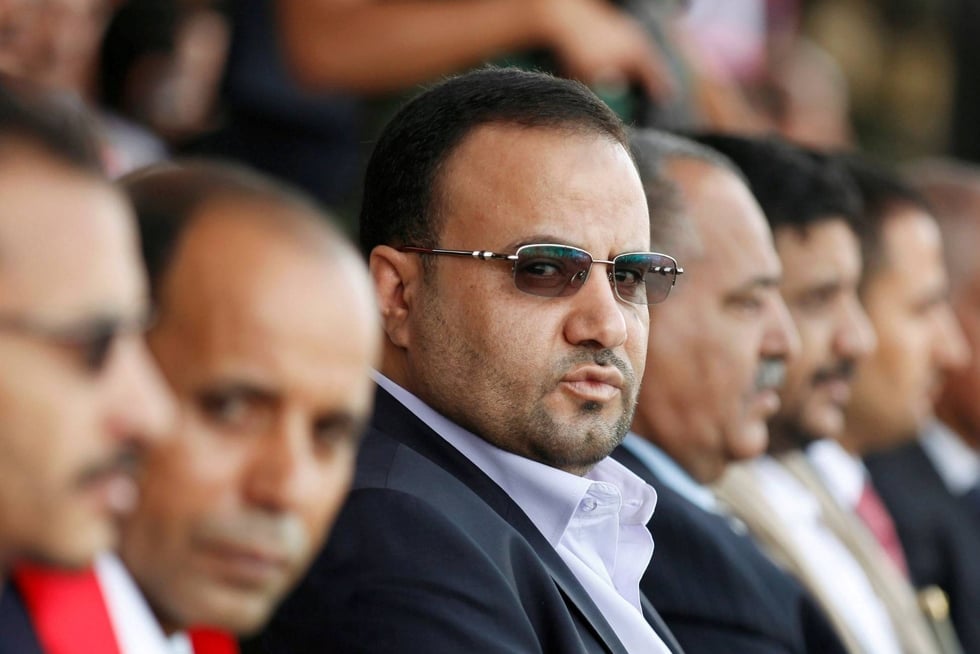 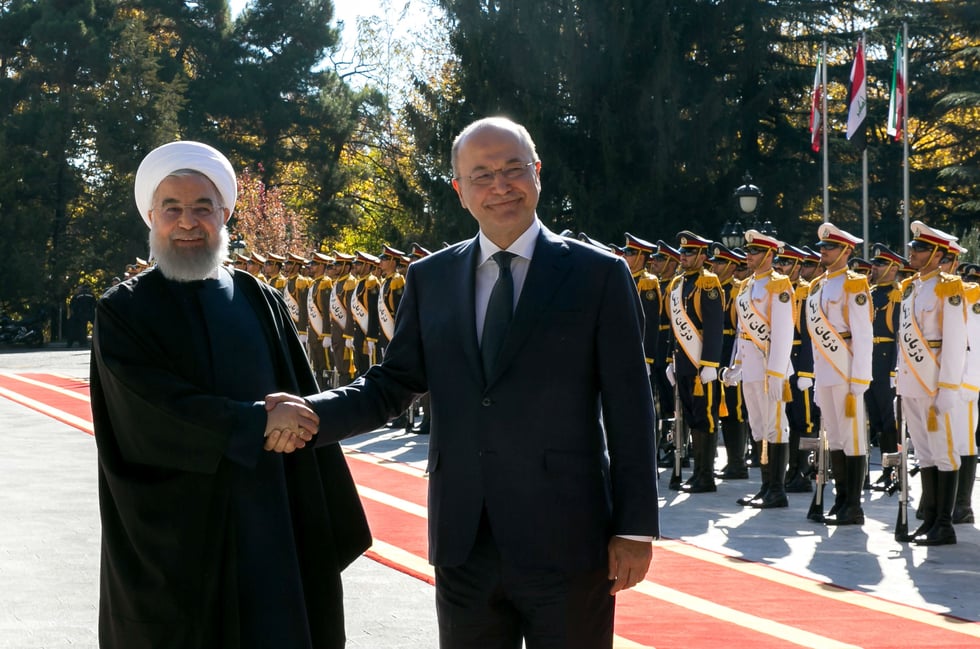